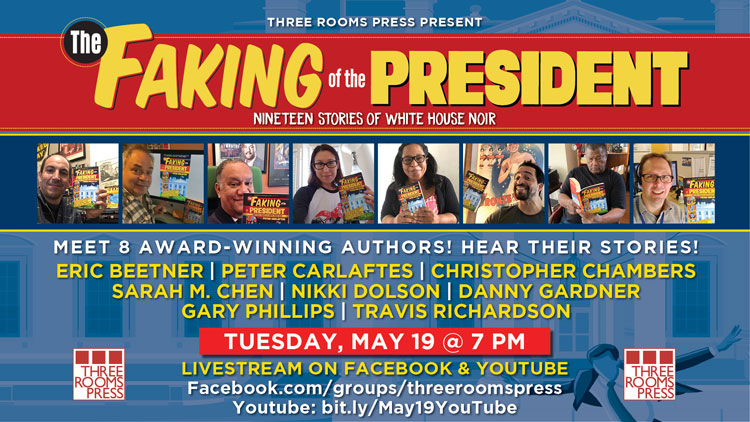 The event takes place live on Facebook at the Three Roooms Press Group page (facebook.com/groups/ThreeRoomsPress). The launch will include readings from some of the diverse authors of the book, including Eric Beetner, Peter Carlaftes, Christopher Chambers, Sarah M. Chen, Nikki Dolson, Danny Gardner, Gary Phillips, and Travis Richardson. THE FAKING OF THE PRESIDENT will be available for purchase during the event via Three Rooms Press’s online store at https://aerbook.com/maker/productcard-5530330-8949.html