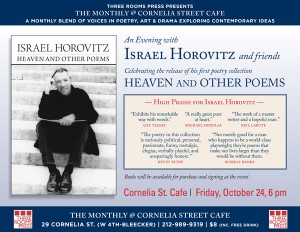 Join us at Cornelia Street Cafe for a very special edition of The Monthly! On October 24 at 6 p.m. we’re celebrating the launch of Heaven and Other Poems by Israel Horovitz, featuring readings by the author and a book signing.  It’ll be a night of poetry, people, delectable food and drink, and a celebration of literature. Plus, details will be revealed. See you there! 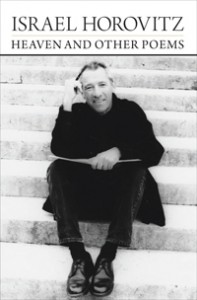