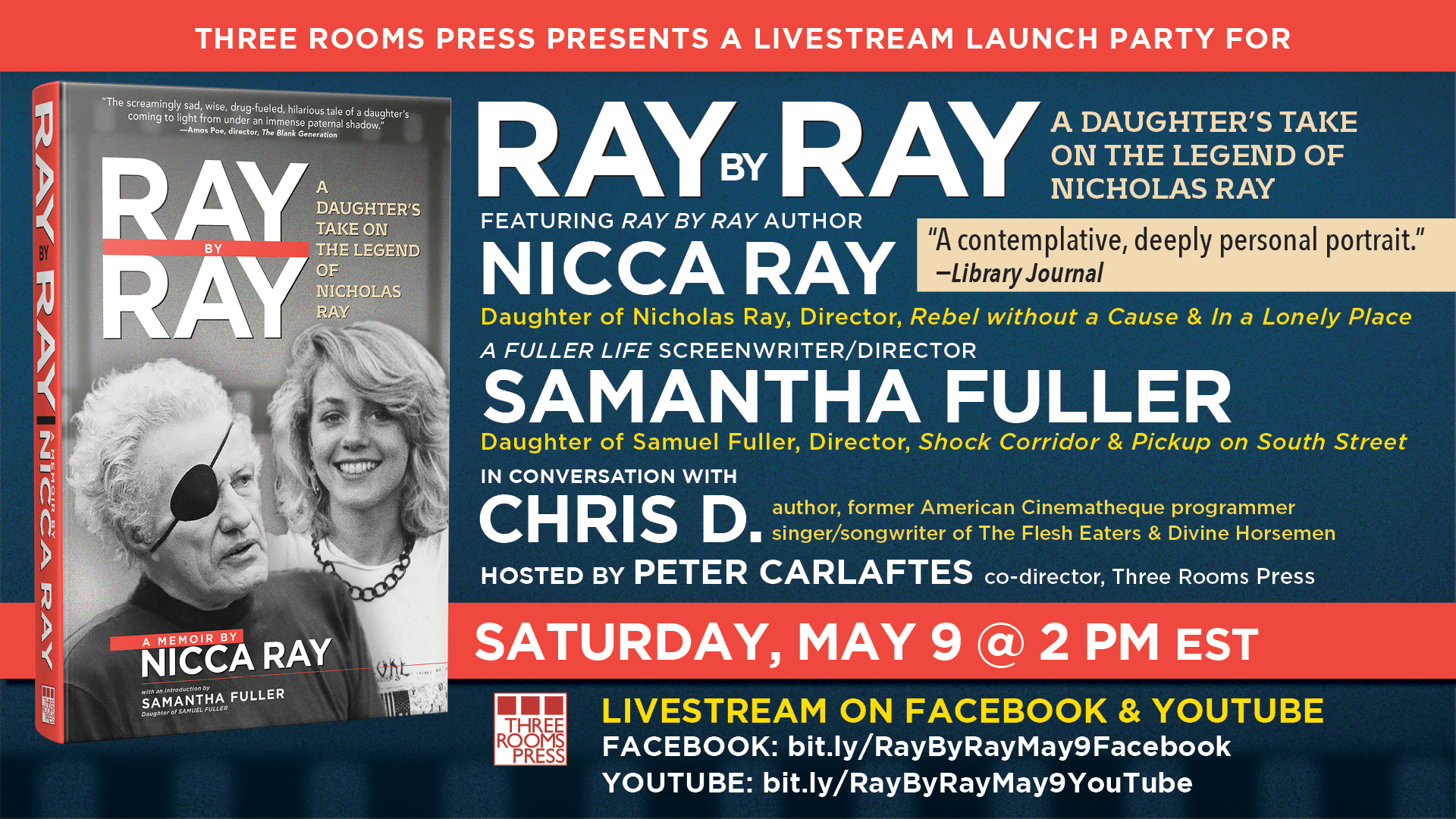 Three Rooms Press is thrilled to present a virtual launch for RAY BY RAY: A Daughter’s Take on the Legend of Nicholas Ray. The event will feature a conversation between NICCA RAY, daughter of Nicholas Ray (Rebel Without a Cause, In a Lonely Place) and SAMANTHA FULLER (screenwriter/director, A Fuller Life) facilitated by CHRIS D. (author, former American Cinematheque programmer, and signer/songwriter of The Flesh Eaters and Divine Horsemen). Nicca and Samantha meet for the first time to discuss the art and legacy of Nicholas Ray and Samantha’s father Samuel Fuller (Shock Corridor, The Naked Kiss) as the two directors’ career trajectories paralleled and diverged. 3RP co-director PETER CARLAFTES hosts.

The event will be livestreamed on Facebook at the Three Rooms Press Group page (facebook.com/groups/ThreeRoomsPress) or on YouTube (bit.ly/3f2rctB).

In her searing new memoir, RAY BY RAY: A Daughter’s Take on the Legend of Nicholas Ray, Nicca Ray stitches together the seemingly disparate pieces of the real Nicholas Ray—revered director of such classic films as In a Lonely Place and Rebel Without a Cause, so devoted to his craft he insisted on spending the last hours of his life surrounded by a filmcrew. A man with a string of broken marriages and affairs who lost everything to drugs, alcohol, and gambling. An absentee father she longed for connection with.

HIGH PRAISE FOR RAY BY RAY

“In this intimate blend of memoir and biography, [Nicholas Ray’s] daughter, Nicca, a filmmaker and writer, explores her father’s complex life and artistic legacy as well as their own complicated relationship and his impact on her life. … This contemplative, deeply personal portrait of both Rays will appeal to readers interested in mid-century Hollywood.” ―Library Journal

“The screamingly sad, wise, drug-fueled, and hilarious tale of a daughter’s coming to light from under an immense paternal shadow. … A shadow’s shadow; for Nick Ray is himself a burnt-out case, an artist swallowed whole by the bottle, the spoon and the syringe.” —Amos Poe, director, The Blank Generation