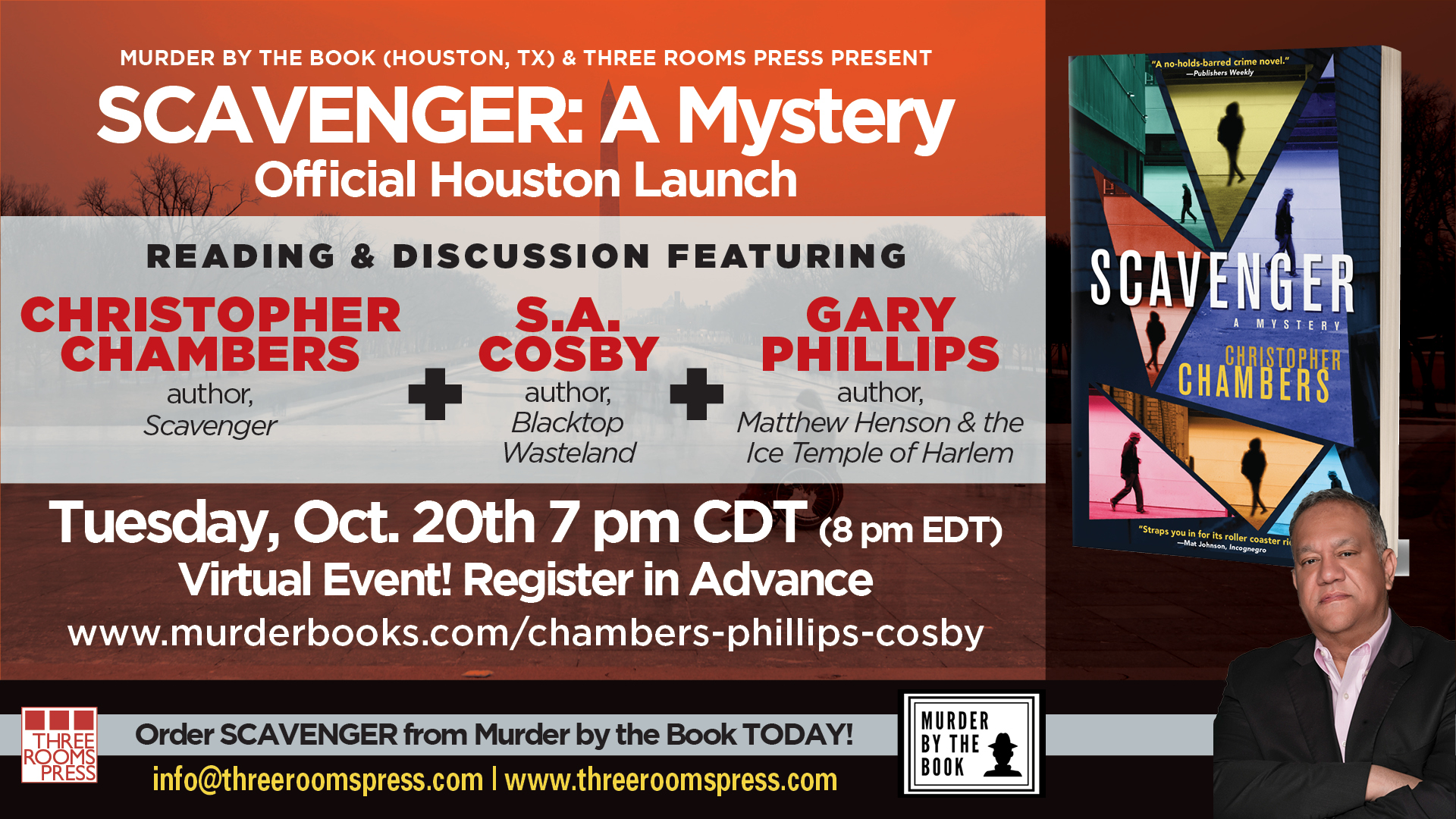 Gary Phillips is the son of a mechanic and a librarian. He was weaned on too many comic books, Dashiell Hammett stories, reruns of the original Twilight Zone, and experiences ranging from community organizer to delivering dog cages. His 1950s set graphic novel the Be-Bop Barbarians riffs on race relations, jazz, police brutality and the Red Scare. His novel Violent Spring was the first such mystery set in the aftermath of the 1992 civil unrest, and he edited the Anthony award-winning anthology, The Obama Inheritance: Fifteen Stories of Conspiracy Noir. He is story editor on FX’s “Snowfall,” about crack and the CIA in 1980s South Central where he grew up. Visit him at https: //gdphillips.com

S. A. Cosby is a writer from Southeastern Virginia. He recently won an Anthony Award for Best Short Story. He resides in Gloucester, VA. When not writing he is an avid hiker and chess player.