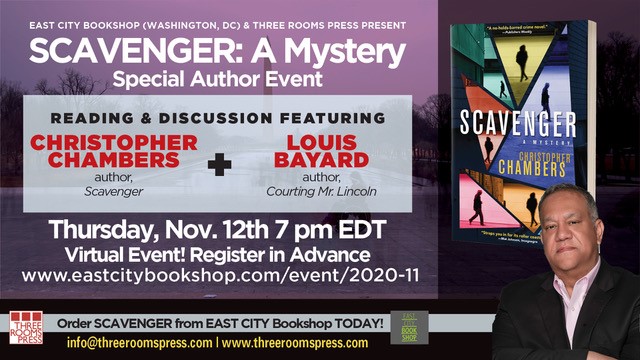 In the words of the New York Times, Louis Bayard “reinvigorates historical fiction,” rendering the past “as if he’d witnessed it firsthand.” His acclaimed historical novels include national bestseller Courting Mr. Lincoln, Roosevelt’s Beast, The School of Night, The Black Tower, The Pale Blue Eye and Mr. Timothy, as well as the highly praised young-adult novel, Lucky Strikes. A New York Times Notable author, he has been nominated for both the Edgar and Dagger awards, and his story, “Banana Triangle Six,” was chosen for The Best American Mystery Stories 2018. His reviews and articles have appeared in the New York Times, the Washington Post, the Los Angeles Times and Salon. An instructor at George Washington University, he is a board member for the PEN Faulkner Foundation.
See Less