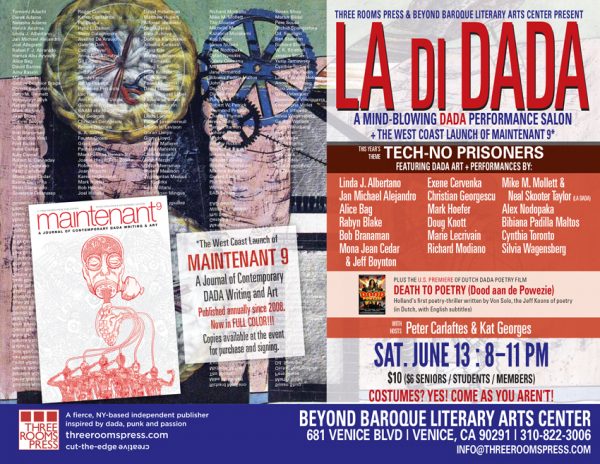 Join us June 13 for the official West Coast launch of Maintenant 9: A Journal of Contemporary Dada Writing and Art! Featuring DADA performances and readings by contributors to the journal. Copies will be available for sale and for signing. Costumes recommended!

Learn more about the Maintenant series here and check back with us on Facebook for details to come.