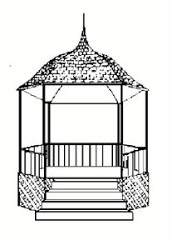 Three Rooms Press proudly announces a special evening of author readings at the fabulous outdoor summer Gazebo Reading Series in Oceanside, Long Island. Readers include playwright/poet/writer Peter Carlaftes, poet/writer Kat Georges, and writer/journalist Eamon Loingsigh. The free reading is in the gazebo on Schoolyard Green, diagonally across the street from 65 Foxhurst Road in Oceanside. Books will be available at for purchase and signing at the event. Bring a lawn chair and enjoy! For details http://myemail.constantcontact.com/Coming-Up-Monday-June-2–2014-at-the-Gazebo.html?soid=1102626891410&aid=iOL3AoeLAbg

The Summer Gazebo Readings feature 4 published authors/poets each Monday evening throughout the summer, set on a village green in Oceanside. An eclectic mix of authors (non-fiction and fiction) and poets read from their works before large, friendly, receptive crowds. 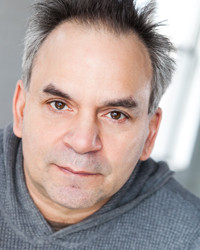 PETER CARLAFTES is a New York-based screenwriter, playwright, actor, poet, and editor. He is the author of 12 plays, including a noir treatment of Knut Hamsun’s Hunger, and the celebrity rehab center spoof, Spin-Dry. He has appeared in numerous Off-Broadway productions, including his comic solo performance piece, Lenny Bruce: Dead & Well, as well as Barefoot in the Park and Stephen Adly Guirgis’ Den of Thieves. As an author, Carlaftes has penned four books: A YEAR ON FACEBOOK (humor), DRUNKYARD DOG and I FOLD WITH THE HAND I WAS DEALT (poetry) and TRIUMPH FOR RENT: 3 PLAYS. He is a co-director of Three Rooms Press, and has served as editor for the annual Dada journal, MAINTENANT, the annual short story anthology, HAVE A NYC, and the photography and poetry book by punk rock bassist Mike Watt, ON AND OFF BASS. He also is in charge of acquisitions, and has recently signed books by Israel Horovitz, Gerard Malanga, and Nassrine Azimi, as well as a translation of the poetry of famed Austrian playwright Thomas Bernhard. 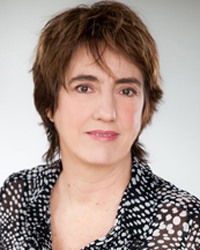 KAT GEORGES is an NYC poet, playwright, performer and designer. In New York since 2003, she has curated poetry readings, performed widely, and written and directed numerous Off-Broadway plays (including Jack Kerouac: Catholic by Larry Myers, and The Old In-and-Out, by Madeline Artenberg and Karen Hildebrand, as well as her own work SCUM: The Valerie Solanas Story, and Art Was Here, a play inspired by Dada predecessor Arthur Cravan. She is co-direcotr of Three Rooms Press. Her work has been published in The Outlaw Poetry Bible, Mas Tequila, and numerous other journals. Her poetry books include SLOW DANCE AT 120 BEATS A MINUTE, PUNK ROCK JOURNAL, and, most recently the full-length poetry collection, OUR LADY OF THE HUNGER. She is charge of design at Three Rooms Press, and her award winning book covers may be viewed throughout this site. 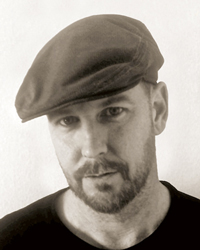 EAMON LOINGSIGH’s family emigrated from County Clare, Ireland in the late nineteenth century. His great-grandfather was a sandhog, digging for the New York City subways and opened a longshoreman’s saloon in Greenwich Village in 1906 at 463 Hudson Street, which stayed in the Brooklyn-based family until the late 1970s. Loingsigh is a journalist who has written extensively on Irish-American history, as well as the novella An Affair of Concoctions and the poetry collection, Love and Maladies. His latest book, LIGHT OF THE DIDDICOY, is a saga of Irish-American gangs on the Brooklyn waterfront in the early part of the twentieth century, which Irish actor/writer Malachy McCourt praised, calling it “an amazing series of literary leaps from terra firm into the stratosphere above.”