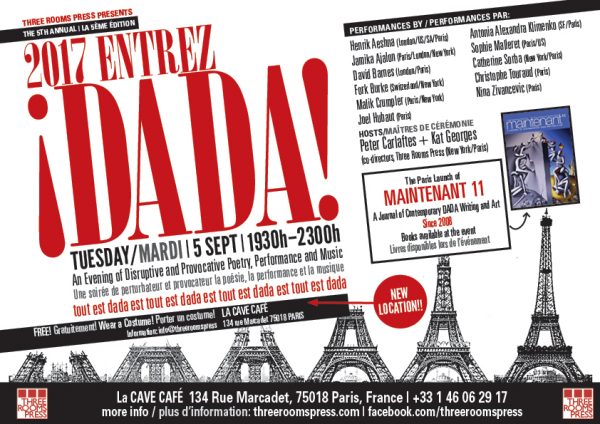 An Evening of Disruptive and Provocative
Poetry, Performance and Music

The official Paris book launch for

The event also includes the Paris launch of the internationally-renowned MAINTENANT 11: Journal of Contemporary Dada Writing and Art (2017, Three Rooms Press), which features more than 150 visual and literary works by artists and writers worldwide on this issue’s theme “Eye for a Lie.” The journal will be available for purchase and signing at the event.