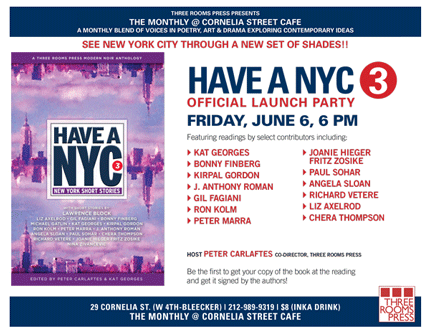 The book is part of the Three Rooms Press Modern Noir Anthology series and will be available for purchase and signing at the event.

Have a NYC 3 is the part of The Monthly at Cornelia Street Cafe, a unique series curated by Three Rooms Press that brings together leading poets, intellectuals, performers and budding rebels on a different topic each month.