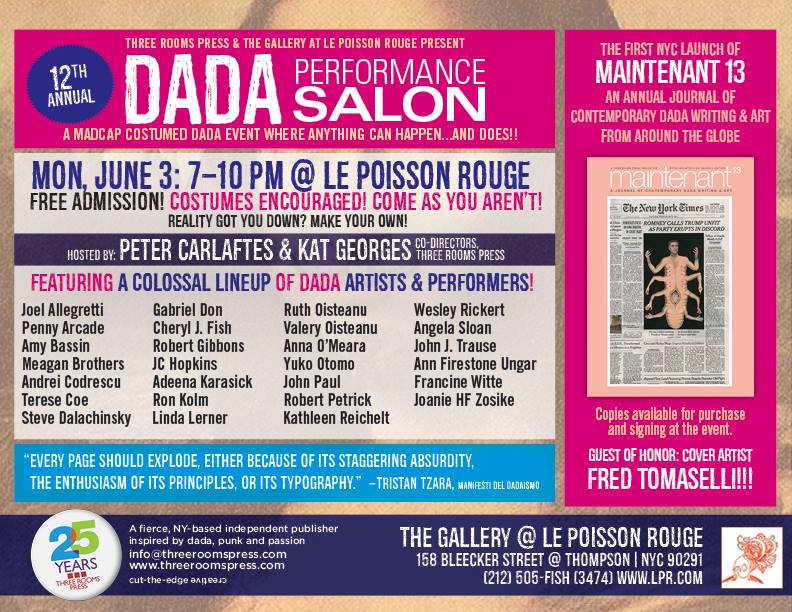 Prepare for an evening of disruptive, challenging and controversial art and writing as Three Rooms Press celebrates The 12th Annual DADA Performance Salon for the first time at Le Poisson Rouge. The event will feature performances by modern day Dadaists whose work continues the spirit of the avant garde art movement sprung from the horror of World War I. The event will also celebrate the launch of Maintenant 13: A Journal of Contemporary Dada Writing and Art, published annually since 2008 by Three Rooms Press.