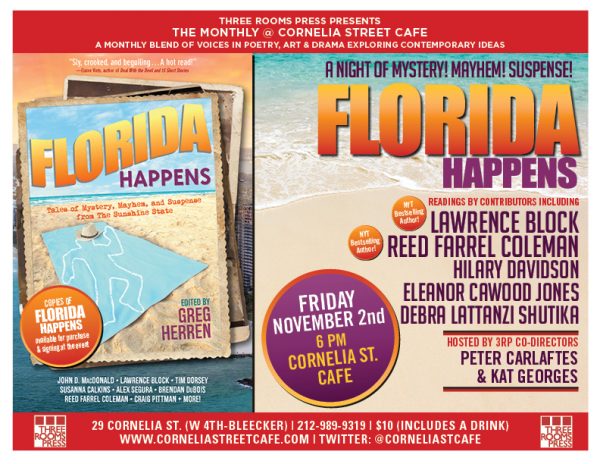 Join Three Rooms Press as we celebrate the release of FLORIDA HAPPENS, with readings and signings by contributors including: