Aztec vampires, astral projecting killers, oxygen stealing bombs, undercover space rangers, aliens occupying Los Angeles, right wing specters haunting the ’hood, masked vigilantes and mad scientists in their underground lairs plotting world domination populate the stories in this rip-snorting collection. In these pages grindhouse melds with blaxploitation along with strong doses of B movie hardcore drive-in fare in 18 tales — The Unvarnished: Mondo Pulp Stories by Gary Phillips. Phillips, editor of the Anthony Award-winning <i>The Obama Inheritance: Fifteen Stories of Conspiracy Noir</i>, and author of <i>One-Shot Harry</i> and <i>Matthew Henson and the Ice Temple of Harlem</i>, said this about pulp. “The most common definition of pulp is it’s fast-paced, a story containing out there characters and a wild plot. There is that. But certainly, as we’ve now arrived at the era of retro-pulp, these stories have elements of characterization…not just action but a glimpse behind the steely eyes of these doers of incredible deeds.

For review copies, to set up an interview with the author, or for further information, please email Peter Carlaftes via peter@threeroomspress.com.

Past Praise for Gary Phillips

“Phillips is a storyteller first, and the social chronicling never becomes didactic or overtakes the narrative. The wounds of 1963, and the foreshadowing of both better days and harsher ones, feel unnervingly fresh, and a reminder that progress, much as we wish otherwise, never adheres to a linear timeline.” The New York Times Book Review

For Matthew Henson and The Ice Temple of Harlem

“Along with the rampaging retro action, Phillips smoothly incorporates biting social commentary on the racism of the era. Henson is a terrific character, larger-than-life in a movie-serial way, and the story’s pacing is exquisite. The first installment in a projected series, this is a rousing adventure in the grand pulp tradition, a wildly entertaining extravaganza that almost demands to be filmed.”―Booklist (Starred)

“Resistance takes many forms, particularly in the current political climate. Few methods of protest are as cheerfully strange and purposefully bizarre as THE OBAMA INHERITANCE.” ―The Washington Post

“It’s a commonplace these days to say that real life has become so unpredictable that it outstrips anything anyone could dream up in fiction. I think I’m guilty of having made that banal observation a few times. But that was before I read The Obama Inheritance, a collection of 15 stories so sly, fresh and Bizarro World witty, they reaffirm the resiliency of the artistic imagination.” ―Maureen Corrigan, NPR Fresh Air 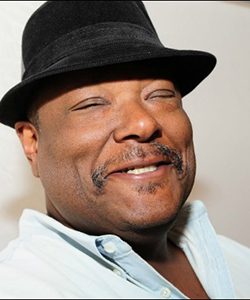 Gary Phillips has been a community activist, labor organizer and delivered dog cages. He’s published various novels, comics, short stories and edited several anthologies including Orange County Noir and the Anthony award-winning The Obama Inheritance: Fifteen Stories of Conspiracy Noir. Violent Spring, first published in 1994 was named in 2020 one of the essential crime novels of Los Angeles. He was a senior story editor on FX’s Snowfall, about crack and the CIA in 1980s South Central Los Angeles, where he grew up. Recent novels include One-Shot Harry and Matthew Henson and the Ice Temple of Harlem. He currently resides in Los Angeles, CA.