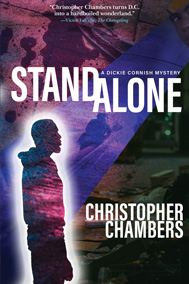 “Novels written from the perspective of homeless substance users don’t come along every day. When they do, it’s a good idea to pay attention, since they offer a window into the casual cruelty of our social economy, which much fiction eschews.” —Washington City Paper

“Gritty, raw, and lays bare the dirty consequences of political decisions on the lowest rungs of the population.” —Jay Wilburn, 10 Most Recommended Books this Month

It’s been over year since that bleak Christmas when a rich man peeled homeless, drug-addled Dickie Cornish from a steam grate, cleaned him up, and convinced him to use his street connections to track down his missing property. Now, as the summer sun bakes those same mean streets, the air is thick with crime, contagion, and corruption. Dickie struggles with sobriety, anti-psychotic meds, and counseling at the VA, but manages to make a meager living as a private investigator with his sidekick, “Stripe”—until an ex-con named Al-Mayadeen Thomas sticks a gun to Dickie’s forehead and kidnaps him to a grim flophouse—a motel filled with squatters more desperate than the poor souls in the shelters.

Thomas demands that Dickie find his daughter, missing for years from the motel in a notorious cold case. The other squatters plead for him to find their vanished children as well. When Thomas takes his own life to seal Dickie’s help, Police Chief Linda Figgis hauls Dickie in and offers him a Faustian choice: she directs him to help her close the Thomas cold case, but only if he forgets about the other vanished and abused children. To his horror, Dickie finds himself in the middle of a war within the police, with either side closing in for the kill to keep the truth hidden.

Past Praise for Christopher Chambers

“Christopher Chambers brings to life not only an unforgettable character but also the gritty DC streets he inhabits. … A deeply realistic noir mystery with a social conscience.” —Hill Rag Magazine

“A voice that is distinctive, expressive, and is unafraid to challenge readers who may find the street patois hard to interpret. That’s kind of the point. Dickie Cornish’s world is far from most readers’ lived experience, and it is his compelling voice and the dialogue of a vast cast of memorable street characters that helps immerse the intrepid armchair traveler in a world that’s mostly invisible but just around the corner and down the alley from DC’s halls of power.” —Reviewing the Evidence 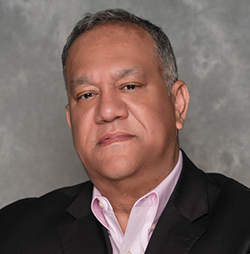