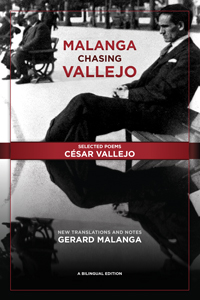 “Gerard Malanga is an artist who never apologizes, never explains, and he finds kinship in Vallejo, who died in his late forties several years before Malanga was born. Yet on the evidence of these translations the two are virtually interchangeable. Malanga chasing Vallejo, or maybe Vallejo chasing Malanga, and the next thing we know they’re, both of  them, airborne.” –Aram Saroyan, Complete Minimal Poems

“Malanga lives and breathes in what he sees in Vallejo –a fellow agent for a better world.” —Djelloul Marbrook, Far From Algiers