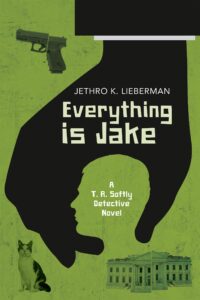 “Prolific lawyer and retired law professor Lieberman’s first solo novel is a whimsical tale of a secret plot to make seriously bad guys incriminate themselves…A broad, sweetly fantastical satire just perfect for readers in the mood.” —Kirkus Reviews
A federal plea deal in Manhattan goes off the rails when a mob boss inexplicably recants his testimony days after voluntarily confessing to a lifetime of crime, and immediately, an FBI agent involved with the case goes missing. To find out what happened, the Feds call in T. R. Softly, detective fiction’s newest and most intuitive sleuth. Softly’s search takes him to Washington, D.C., where the “oddest of the forty-odd presidents of the United States” is suddenly laying plans to evaporate the U.S. government, as assassination rumors percolate in dark corners. Co-opted into partnering with a secret government agency, Softly struggles to understand how many games are being played and by whom. Is he master of his fate or has he been the unwitting agent of friends and foe? A twisting, rollicking tale that enthralls readers until the last page.
EVERYTHING IS JAKE: A T. R. Softly Detective Novel by Jethro K. Lieberman
ISBN: 978-1953103116; Trade Paper Original; 420 pages; $16; October 12, 2021

Preorder EVERYTHING IS JAKE now: 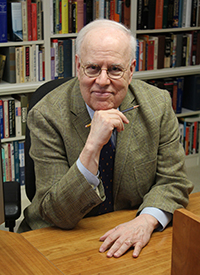