↓
Home→Books and Authors→DISASTERAMA!: Adventures in the Queer Underground 1977-1997 by Alvin Orloff
Share This! 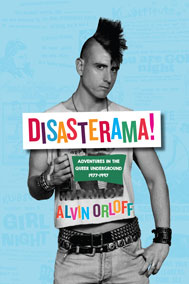 “Disasterama takes us deep into the 80s and the daily creative resistance that saved the culture’s soul during the plague years.” —Michelle Tea, Against Memoir and Modern Tarot.

“No one is cooler than Alvin Orloff, and Disasterama! proves it.”” —Andrea Lawlor, Paul Takes the Form of a Mortal Girl

Download complete press kit by clicking on the button below.

“Orloff can finally tell others what this time in history was like—sad but also wonderful. An important memoir to add to any library’s collection about the turbulent beginning of the AIDS epidemic.”—Library Journal

“Disasterama takes us deep into the 80s and the daily creative resistance that saved the culture’s soul during the plague years. With wit and flair Alvin Orloff gives us a guided tour of the era’s vibrant subcultures; glittering, pointed reactions to a cold-hearted status quo. Heartbreaking and hilarious, sexed-up and political, Disasterama is a deeply personal coming-of-age story.” —Michelle Tea, author Against Memoir and Modern Tarot

“A book that all at once reads as a memoir, a eulogy and a love letter to San Francisco—set in those critical years between the death of disco and the first tech boom—Disasterama offers up a chronicle of fags, dykes, punks, freaks, and club kids partying on the Best Coast and the impact of AIDS, art, and activism on the post Baby Boomer/ pre-Millennial van garde. SPOILER ALERT: the last three chapters will completely rip your heart out.” —Brontez Purnell, author, Since I Laid My Burden Down 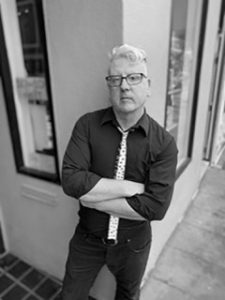