↓
Home→3/12: ALL BOOKED UP! Official NYC Launch for THE WRITERS AFTERLIFE & LIGHT OF THE DIDDICOY 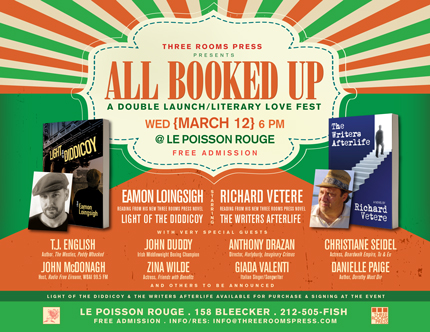