↓
Home→Overview→Winter Reads: Books for Staying Inside and Starting the New Year 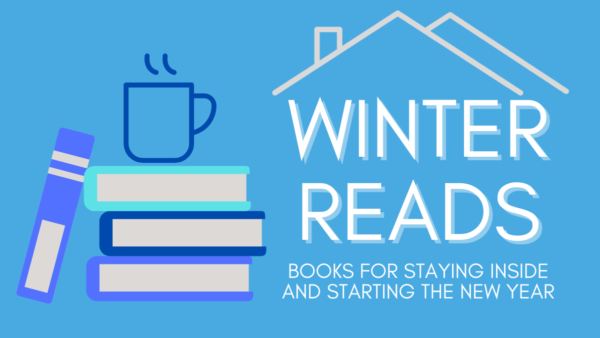 For most, the start of winter signals the start of the busy holiday season and a schedule that seems to hold more plans than seem possible in the day. But in the reprieve between family gatherings and hectic outings to complete continuous errands, we steal moments for ourselves. For our secret lives held between the pages of our favorite books—or our favorites we just haven’t finished reading yet. And once the holidays pass, and the only thing that remains are the dark, icy, and isolated days of winter, we all need a biblio-companion to get us to that long awaited return of spring.

Check out a list of some Three Rooms Press Winter Reads sure to match every situation and mood as we endure the brunt of winter from inside our homes and nestled inside our favorite reading chair.

MOOD: It feels like it’s way later than it actually is (goodbye Daylight Savings), and you want to use the extra time before turning in to embark on a longer, dense novel to last you through to the New Year.

In this emotional tale of haunted love, Silas Fortunato finds himself locked in a marriage descending toward darkness until the arrival of his sister-in-law and soon thereafter the appearance of a witching neighbor who may or may not be alive. In ways enigmatic, ghostly, and funny, the three women draw him into the equivocal nature of dreams and reality, their influences leading Silas on a journey toward what may be light and a new belonging to something vastly beyond him.

FACE OF THE WATERS by Robert Silverberg

MOOD: It’s the day after bad weather; roads are still being cleared and the sun still needs to melt the ice, so you’re staying right where you are—and will let all your book’s characters do the traveling.

After a human offense against the natives of Hydros, the human population of the island of Sorve are ordered to leave. Forbidden on all other islands, in a flotilla of ships they seek the semi-mythical island of the Face of the Waters. During their journey they are forced to learn more about themselves, leading to questions about both religion and the purpose of Man. At the end of the novel Robert Silverberg addresses what it means to be human, and explores what unites and divides humanity.

THE DOOR TO INFERNA by Rishab Borah

MOOD: It’s day three of not leaving your house because it’s just too cold, and the weatherman just said it looks like you’re going to be getting another wave of snow tonight—just in time for your commute tomorrow. Time to reimagine a winter we’d all want to be in.

Now a winter break that should have been nothing but goofing around with his best friends is haunted by some other presence—ghostly apparitions appear to him in the dark of night, the surface of his mirror ripples like a pool of water, and he dreams of a girl with a long blue braid who invents fantastical devices. Drawn into a mystical land, he meets his twin sister, a proficient mage, a slightly mad scientist, and a princess. In this land where he is a prince, he finds himself and his friends caught in a war between the inhabitants of Elkloria and an ancient and powerful evil.

MOOD: You’re picking your first book of the year and you need something that reads like a dream—and a hug. Warm, kind, rich, and something to look forward to at the end of a long day.

Libby is the oldest child of six, going on seven, in a family that adheres to the “quiverfull” lifestyle: strict evangelical Christians who believe that they should have as many children as God allows because children are like arrows in the quiver of “God’s righteous warriors.” Meanwhile, her new neighbor, Zo is a gender fluid teen whose feminist, socialist, vegetarian family recently relocated from the city in search of a less stressful life. Zo and hir family are as far to the left ideologically as Libby’s family is to the right, and yet Libby and Zo, who are the same age, feel a connection that leads them to friendship—a friendship that seems doomed from the start because of their families’ differences.

NIRVANA IS HERE by Aaron Hamburger

MOOD: You have enough time blocked out for something with a digestible page count but heavier content that will suck you in and only let you go when you close the back cover. And even then, you’ll be thinking about it through the New Year.

For Ari Silverman, the past has never really passed. After 20 years, the trauma from a childhood assault resurfaces as he grapples with the fate of his ex-husband, a colleague accused of sexually harassing a student. To gain perspective, Ari arranges to reconnect with his high school crush, Justin Jackson, a bold step which forces him to reflect on their relationship in the segregated suburbs of Detroit during the 1990s and the secrets they still share.

MOOD: 2022 saw so many LGBTQ+ books banned (for being just that: LGBTQ+). As you construct a to-read list for 2023, you’re sure to add in some of those books, making sure they—and their important stories—don’t gather dust and disappear into the darkness of literary blacklisting.

In the tiny podunk town of Hawthorne, North Carolina, seventeen-year-old geeks Lula and Rory share everything—sci-fi and fantasy fandom, Friday night binge-watching of old X-Files episodes, and that feeling that they don’t quite fit in. Lula knows she and Rory have no secrets from each other; after all, he came out to her years ago, and she’s shared with him her “sacred texts”—the acting books her mother left behind after she walked out of Lula’s life. But then Lula discovers that Rory—her Rory, who maybe she’s secretly had feelings for—has not only tried out for the Hawthorne football team without telling her, but has also been having an affair with his middle-aged divorcee boss. With their friendship disrupted, Lula begins to question her identity and her own sexual orientation, and she runs away in the middle of the night on a journey to find her mother, who she hopes will have all the answers.

NO STOPPING US NOW by Lucy Jane Bledsoe

MOOD: You have time, somehow, in the middle of your day. You need something light-hearted (especially after the year the world’s had) that promises hope and certainty for the future; we’ve been here before and we’ve persevered.

A powerful, moving story about finding one’s own voice through the joys of sports, love, and the strength of sisterhood. Louisa loves to play basketball, but in 1974, her Portland, Oregon high school only offers a team for boys. An encounter with feminist Gloria Steinem teaches her about Title IX—the law that bans discrimination based on gender—so she asks her principal to start a girls team. Little does she know that she’ll soon be viciously targeted by male coaches at her school, lied to by the school board, and fall in love—a couple of times—as she fights for a fair chance to be an athlete. Based on the author’s true story, it is a compelling examination of the courage it takes to stand up for what’s right.

FAR AWAY FROM CLOSE TO HOME by Vanessa Baden Kelly

MOOD: It’s time to start making New Years resolutions, and you want 2023 to be a year of change—positive change, please, Universe. Learning is both the goal and beginning of the process, and understanding the perspective and lived experience of other people is the best place to start!

Through a series of extraordinary, incisive, often-humorous and always profound essays, Vanessa Baden Kelly examines what “home” means to a Black millennial woman. What are the consequences of gentrification on the life of a young Black woman, and on her ability to raise a family? What does it mean to be part of a lineage, whether it be passed down by name or through the voices of generations of writers and thinkers? Baden’s essays evolve from personal stories to fully-realized communiques of a generation of Black women who are finding a new sense of both belonging and ostracism in private, work, and public life.