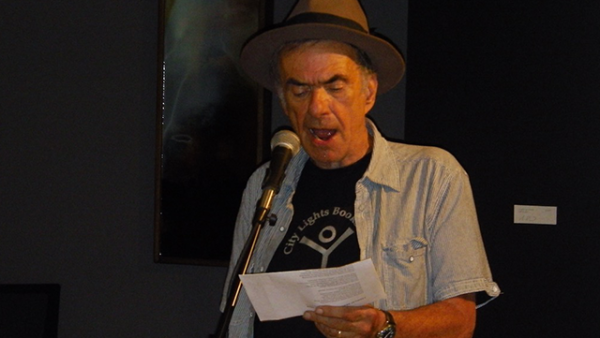 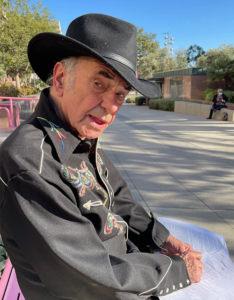 2022 has been a very tough year for our friends and longtime dada contributors in the Los Angeles poetry scene. In September, performance artist / poet Linda Albertano passed away suddenly. On December 23, we lost another longtime stalwart in the LA performance scene when Doug Knott passed away after a short illness.

Of course, Doug’s story began long before we met, which he detailed in his one-man performance show, The Last of the Knotts. After a childhood in Florida, Doug toured as a merchant marine, then graduated with a law degrees from Yale and Harvard. Moving to Northern California, he practiced law full-time for years in 1970s San Francisco before moving to Los Angeles.

Our association with Doug goes back to Los Angeles of the1980s, when he was a founding member of legendary pre-SLAM performance poetry troupes The Lost Tribe (1985-1988/1992), followed by The Carma Bums (1989-2009). (Details of both these breakthrough groups is available in an in-depth Liminalities article by M. Lane Bruner here, including the notable achievement of the Carma Bums winning TV’s “Gong Show”!). In those early years, he welcomed young poets to join in the enthusiastic burgeoning poetry scene. And he never stopped. 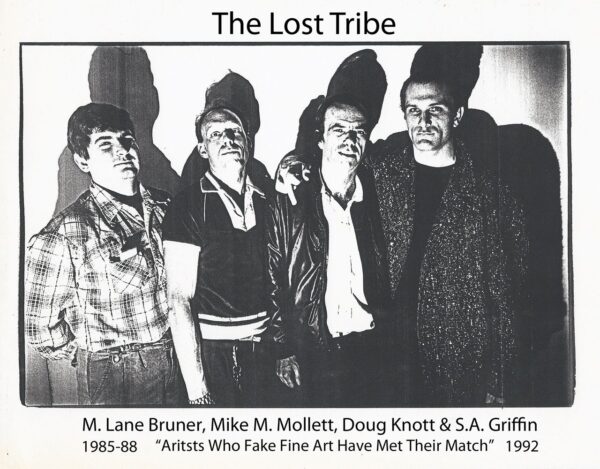 The Lost Tribe publicity photo, © from the personal archives of S.A. Griffin 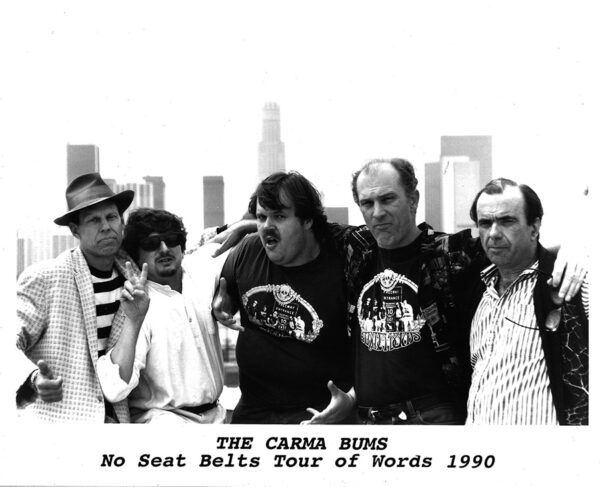 From 1985 to 1987, Doug produced the weekly show “Doug Knott Presents” at downtown Los Angeles art/performance nook, THE LHASA CLUB. The forty-four incomparable shows balanced at point of intersection of the punk rock, poetry and art scenes, variously described in calendar listings as “eclectic,” “bizarre,” and “esoteric”—words that would apply equally well to Doug himself. No one else could host a single show featuring El Duce of The Mentors, English Frank, Merrill Ward of SWA, and confrontational poet Jerry the Priest; another show with Exene Cervenka of X, James Intveld, Robin the Percussionist, his own performance troupe The Lost Tribe, and Paul M. Roessler of Twisted Roots, 45 Grave and Nina Hagen Band; and yet another night with a “World Class Grand Drum-A-Thon” featuring D.J. Bonebrake of X, Bill Bateman of the Blasters and John Densmore of the Doors, along with music from The Holy Sisters of the Gaga Dada, and Heather Haley & the Zealots, plus a film by Modi and Exene. It was that kind of way of bringing people together that made Doug special.

Doug also was active in the community, particularly with the venerable poetry venue / bookstore / community center Beyond Baroque in Venice, where he served as president of the board of trustees of Beyond Baroque Literary Arts Foundation from 2013 to 2019. He is the author of the poetry collection Small Dogs Bark Cartoons and several chapbooks. His work has been published widely in journals and literary magazines, and is included in the Outlaw Bible of American Poetry.

With Three Rooms Press, Doug has been a contributor to nearly every one of our Maintenant Dada Journals, and has performed in nearly every Dada Salon we’ve staged in Los Angeles since 2010. His many performances, both solo and in groups have been highlighted by his unique snappy performance style, that could somehow be both witty and heartbreaking at the same time.

Here is one of the many great poems by Doug published in almost every issue of MAINTENANT.

HOW I EXPLAINED ‘NON-LINEAR’ TO HER
by Doug Knott

Flowers of clouds be to you and to you!
I say, and greet every ambassador
Holding my sadness in my extended hand
Like an un-opened closet holds the wind

Sadness is a cloud
A flower

Below are a few photos of Doug from our time spent together over the years. His full life is a comfort, but his passing leaves a hole in our hearts as big as the whole damn universe.

Doug Knott in performance at LaDiDada9 Beyond Baroque, September 8, 2022 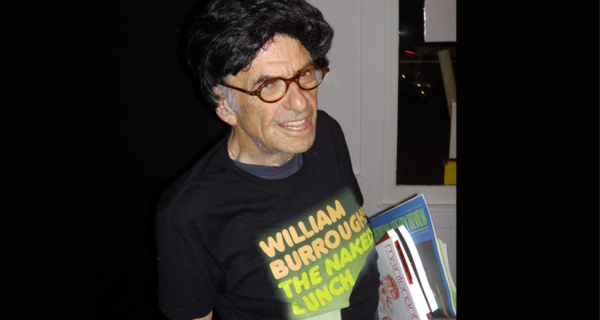 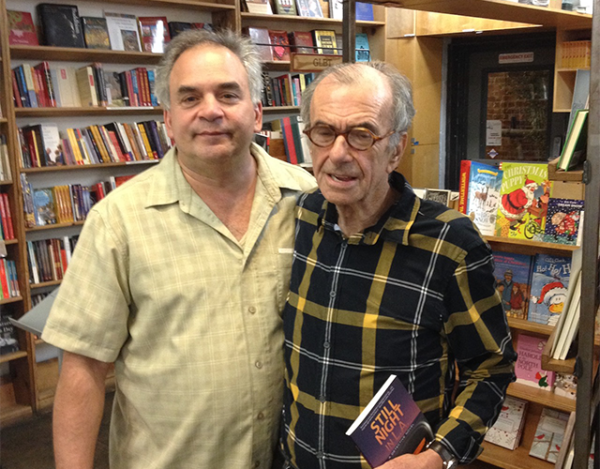 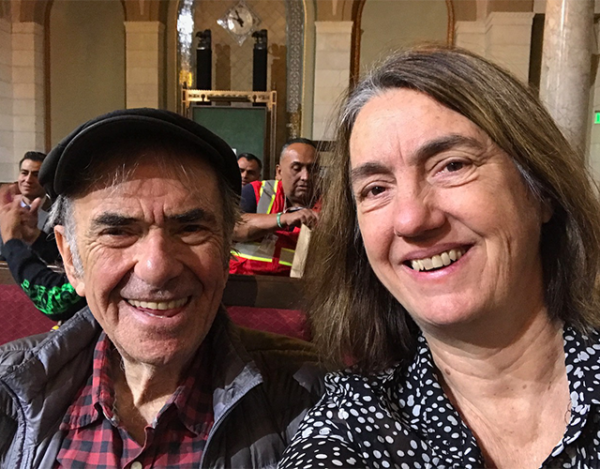