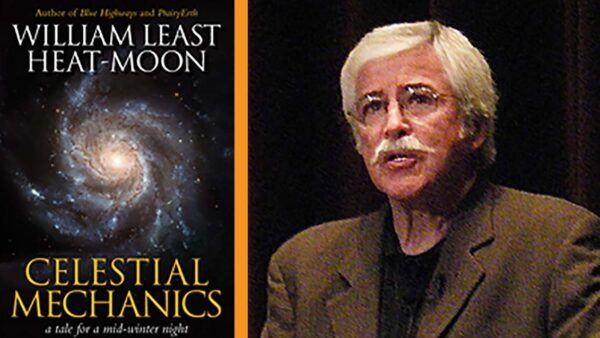 As we plunge into winter, many readers seek longer, more in-depth books that ponder deeper topics. If this sounds like you, consider diving into CELESTIAL MECHANICS: A Tale for a Mid-Winter Night, the first novel by New York Times bestselling author William Least Heat-Moon (Blue Highways). When Three Rooms Press published this masterful work in 2017, we saw it as a kind of Blue Highways of the mind: an exploration that ventured from the loneliness, destruction, and distraction of the material world in search of a place of meaning and unification of all humanity.

The critics were impressed. Publishers Weekly called it “an elegant story of one man’s search for meaning in the cosmos.” Booklist raved, “[This is] an entrancing journey toward deeper insight into the cosmos, an exploration readers will share and savor with every masterfully crafted sentence.” Midwest Review of Books noted, “Celestial Mechanics is a unique and extraordinary novel that is as entertaining as it is thoughtful and thought-provoking.”

After publishing eight bestselling books of some of the most noteworthy travel-related nonfiction ever, what led Heat-Moon to at last create a work of fiction? And what fuels his belief that fiction help bridge the growing divisions in modern society? 3RP co-director Kat Georges discussed this and more with Heat-Moon in her April 2017 interview. 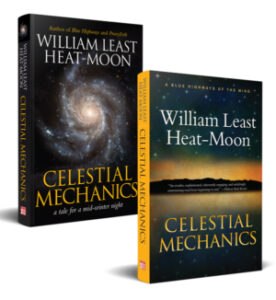 TRP: You describe Celestial Mechanics as “a call to a young generation wanting to believe rationality and spirituality can fruitfully coexist in a culture threatened by divisions.” How does this book fill a need for the younger generations in their search for meaning?

CELESTIAL MECHANICS: A Tale for a Mid-Winter Night (978-1-941110-56-0; Three Rooms Press; Hardcover, April 11, 2017; $28.00), the debut novel of famed Blue Highways author William Least Heat-Moon, embarks on an exploration into the value of knowledge and rational thinking, the essence of being harmoniously alive, and the very nature of the Cosmos.

Available now directly from Three Rooms Press via our online store in Hardcover or Paperback.