↓
Home→censorship→Tennessee 451: Notes from the Front Lines of Censorship 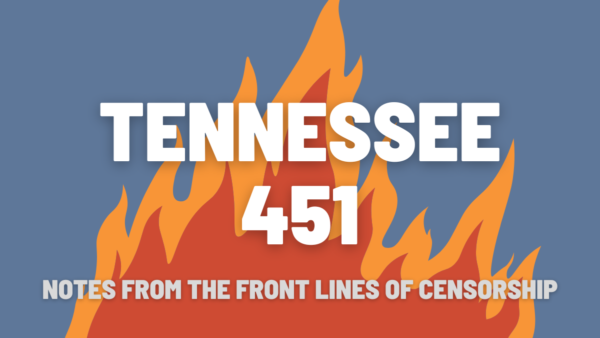 Essay by Julia Watts, author of QUIVER and NEDDLEWORK

“Thank you for your service.” The past several literary events I’ve done in Tennessee, I’ve found myself saying these words to the librarians and high school teachers that I meet, the same words that are often used to show appreciation to combat veterans. This depth of gratitude is appropriate because Tennessee librarians and K-12 teachers are locked in a battle with the state government for the freedom to read.

Censorship isn’t unique to Tennessee; it’s been on the rise everywhere. But it’s taken on a particularly nasty tone here, one that makes librarians and teachers and “controversial” writers like me feel like endangered species. Recently, Tennessee passed legislation that allows a politically-appointed committee to “oversee” what books are allowed in K-12 libraries to make sure they’re “age appropriate” and “suitable.” And make no mistake: these folks would not consider books with LGBTQ+ content appropriate for any age. Ditto on books with what the Republican legislators refer to as “critical race theory” by which they mean books that acknowledge the seemingly undeniable fact that America has a history of racism. Terrifyingly, similar “oversight” is also in place for textbooks.

The rhetoric of this reactionary movement in Tennessee has been particularly mean-spirited. One bizarre turn came when singer John Rich of the country duo Big and Rich appeared before the legislature and compared public school teachers and librarians to pedophiles who “groom” children: “What’s the difference between a teacher, educator or librarian putting one of these books like you have on the desk of a student, or a guy in a white van pulling up at the edge of school when school lets out and saying, ‘Come on around kids, let me read you this book and show you these pictures?’ What’s the difference in those two scenarios? There is a difference, by the way: They can run away from the guy in the white van.” It should be noted that Rich’s biggest hit song was the very “age appropriate” and “suitable”, “Save a Horse, Ride a Cowboy.”

Another low point came when State Representative Jerry Sexton was asked what he would do with all the books being pulled from public school libraries. His answer? “I would burn them.” Please fill in your own quote from Ray Bradbury’s Fahrenheit 451 here.

Another low point came when State Representative Jerry Sexton was asked what he would do with all the books being pulled from public school libraries. His answer? “I would burn them.” Please fill in your own quote from Ray Bradbury’s Fahrenheit 451 here.

At my readings and presentations, someone in the audience inevitably says that we’re in a bad place now but that the pendulum will eventually swing back toward fairness and freedom. This idea reminds me of Dr. Martin Luther King Jr.’s statement that “the arc of the moral universe is long, but it bends toward justice.” However, Dr. King was not content to wait for justice’s eventual arrival; instead, he worked toward it every day.

We can’t just wait around for the pendulum to eventually swing in the other direction—not when teachers, librarians, writers, and young readers are like the poor guy in Poe’s “The Pit and the Pendulum”—strapped to a board while the swinging blade gets closer and closer.

Those of us who live in Tennessee and other censorship-happy states need to vote. But voting is a once-every-couple-of-years thing that doesn’t always yield the results we want. Rather than wait, writers, readers, teachers, and librarians need to band together now to find ways of getting books into the hands of kids that need them. Fortunately, this is starting to happen.

Here in Knoxville, the local LGBTQ+-owned coffee house South Press has started a “rainbow library” where teens can check out copies of books that wouldn’t make it past the censors into the school library. University educators are meeting with K-12 educators and librarians to strategize. The New York Public Library partnered with publishing companies and made many banned books available for free as e-books to anyone. The American Library Association, a longtime champion of the freedom to read, has a “Report Censorship and Find Support” toolkit on its website as well as a wide variety of anti-censorship resources. Those of us who believe in the freedom to read need to put as much action behind our words as the reactionaries on the other side do.

When I was a teenager, books showing LGBTQ+ kids like me didn’t exist, and books about kids of color were few and far between and most often focused on the suffering caused by racism and poverty. Now books showing the diverse experiences of LGBTQ+ youth and young people of color exist, but there are way too many powerful people who want to make sure kids can’t read them.

When I was a teenager, books showing LGBTQ+ kids like me didn’t exist, and books about kids of color were few and far between and most often focused on the suffering caused by racism and poverty. Now books showing the diverse experiences of LGBTQ+ youth and young people of color exist, but there are way too many powerful people who want to make sure kids can’t read them. The children’s literature scholar Rudine Sims Bishop observed that for young people, the right books can serve as a mirror in which they can see themselves as well as windows through which they can see the experiences of others. We need to make sure kids have the books they need to understand themselves and the world around them. 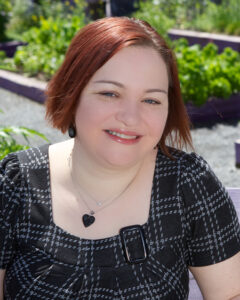 Julia Watts is the author of thirteen novels for adults and young adults, all published by independent presses. Her books, which are set in Appalachia and often depict the lives of LGBTQ+ people in the Bible Belt, have won a loyal following and several awards. Her novel Finding H.F. (Alyson Press, 2001) won the Lambda Literary Award in the Children’s/Young Adult category, and her historical YA novel Secret City (Bella Books, 2013) was a finalist for the Lambda Literary Award, a winner of a Golden Crown Literary Award, and a selection for the 2015 ALA Rainbow List. Most recently, her novel NEEDLEWORK has been chosen by the Tennessee Center for the Book to be included in the “Great Reads from Great Places” list for the 2022 National Book Festival of the Library of Congress.