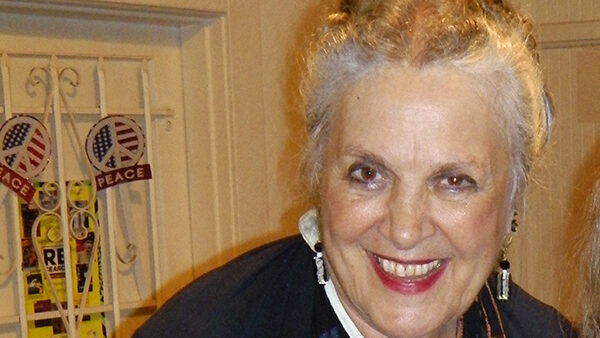 It is with great sorrow that Three Rooms Press marks the death of a close friend, creative genius, poet, performance artist, musician and member of our dada family, Linda J. Albertano. Based in Venice Beach, Los Angeles, California, Linda has been an inspiration to us for decades. She contributed her writing to numerous issues of MAINTENANT, our annual dada journal, starred in a Beyond Baroque production of Kat Georges’s play SCUM: The Valerie Solanas Story, and performed at many MAINTENANT launch events on the West Coast. On a personal note, meeting Linda in the 1980s made me strive to explore deeper and further in all my creative endeavors, and reaffirmed that humor was a powerful force in both poetry and performance. 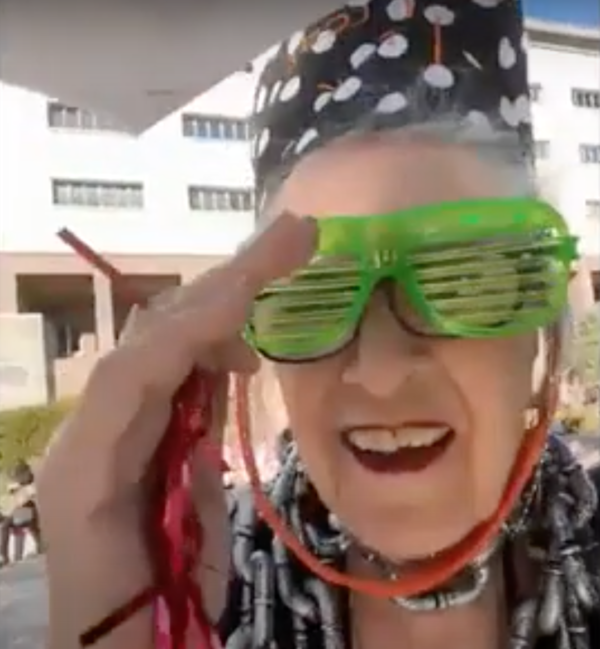 Linda was revered in the LA performance community, where she was supportive of upcoming artists, sharing her deep knowledge of many art forms and encouraging by example. Standing 6-foot-4, she was a towering figure on stage, an attribute that led her to work with Alice Cooper on two tours as his executioner. A musician herself, she played guitar and, after once hearing the Cora, a West African stringed instrument, fell in love with the sound and immediately set out to master the intricate tuning and playing techniques. 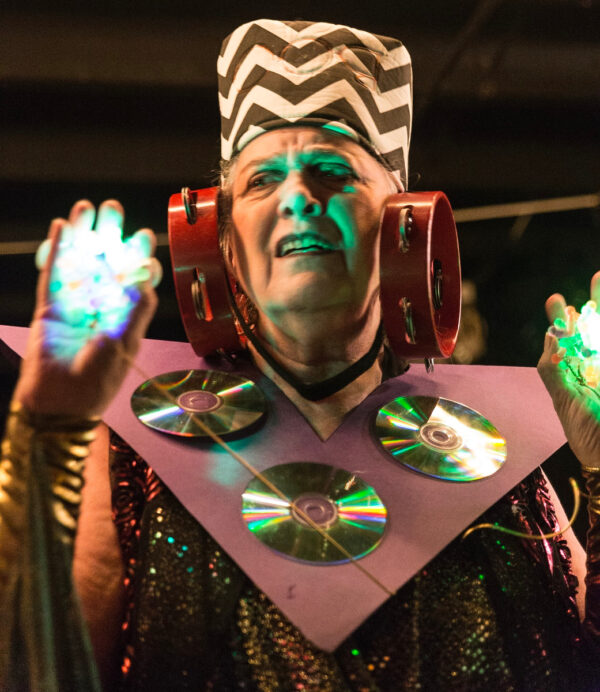 As a poet and performer, Linda inhabited a place of renown, with lines from her poetry permanently displayed on the Venice Poets’ Wall Monument in Venice Beach. With Three Rooms, she created politically-charged multi-media performance pieces that left audiences stunned. Notably, for 2016’s 100th Anniversary of Dada Festival in San Francisco, she performed as The Baroness Elsa Von Freytag Loringhoven, fully incorporating the spirit of this distinctive artist into a packed performance at collage artist Winston Smith’s North Beach gallery.