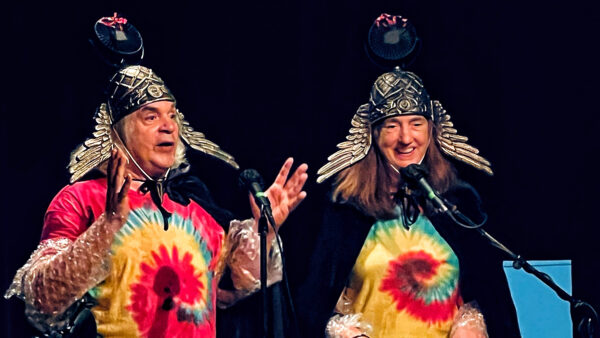 Both events include the NYC launch of the internationally-renowned MAINTENANT 16: Journal of Contemporary Dada Writing and Art (2022, Three Rooms Press), which features more than 240 visual and literary works by artists and writers from 40 countries on seven continents.

The lineups for both shows are incredible, with 23 performance artists on each night. 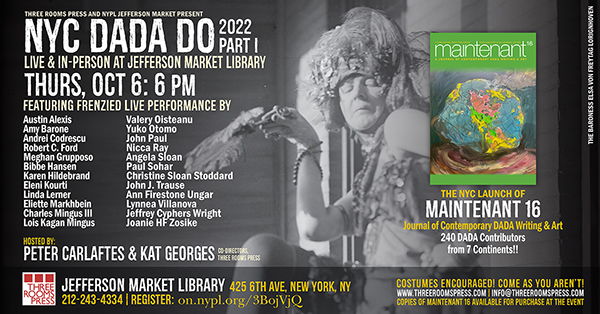 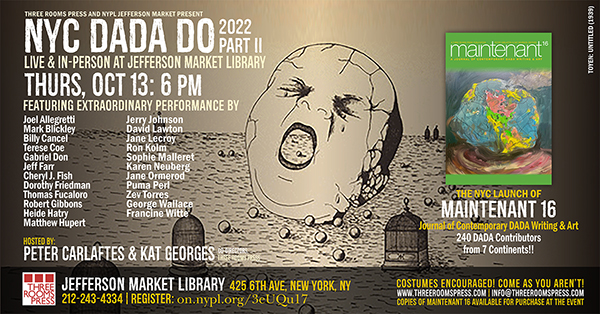 MAINTENANT 16: A Journal of Contemporary Dada Writing and Art is the latest of the ongoing annual MAINTENANT DADA journal series, established in 2008. This year’s issue features 240 contributors from 40 countries and 7 continents, offering work on the them of NYET ZERO, intended to lay the groundwork for an artistic power grab using DADA—in the form of original art, poetry, and writing aimed at exposing the hypocrisy of the engine-idle rich on recycled paper. As editors Carlaftes and Georges note, “We create to inspire imagination; through imagination the world has a chance at a future of actual peace—and, of equal importance—a future, period.”