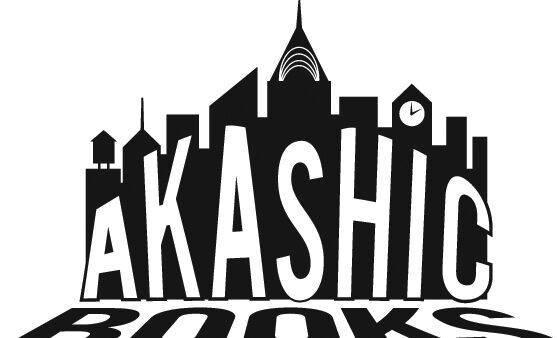 The great independent publishers of history have all left their mark, but today, our fellow New Yorkers Akashic Books continue to raise the bar for the kind of impact a true indie publisher can make. The long list of merits begins with their motto: “Reverse-Gentrification of the Literary World.” In their efforts to highlight “urban literary fiction and political nonfiction by authors who are either ignored by the mainstream, or have no interest in working within the ever-consolidating ranks of the major corporate publishers,” Akashic has had a notable impact with their runaway bestselling children’s (and parents’) book Go the Fuck to Sleep, their excellent series of location-based noir anthologies (Brooklyn Noir, Los Angeles Noir, etc.), and their commitment to publishing diverse titles. Oh, and books by and about musicians, activists, and all-around cool people who have something important to say. Kat Georges, 3RP co-director and a longtime fan of Akashic, spoke with managing editor Johanna Ingalls to get the story behind this inspiring publisher. 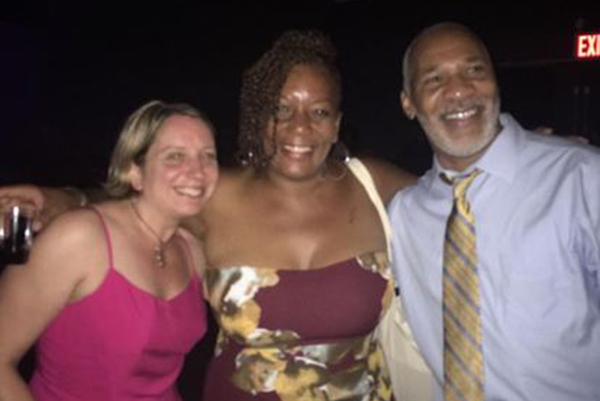 Kat Georges: The Akashic Books motto is one of my favorites: “Reverse-Gentrification of the Literary World.” What’s the story behind that fine mission?

Johanna Ingalls: If memory serves, it was a slogan a friend of the publisher came up with. He was designing a variety of bumper stickers for us with various slogans and that was one of them. I can’t even remember if that one actually became a bumper sticker (“A Cure for the Common Novel” and “Painting the Ivory Tower of Literature Red, Gold, Green, and Rainbow” were the two I remember and I’m likely butchering the painting one a bit, but you get the idea!). A couple years later for our first BEA we had my dad design our booth banner and used that slogan on it.

Basically, it comes from our experiences during the early days of Akashic Books. In the late 90s in New York City, the publisher and I would go to publishing events, conferences, etc., and were always struck with how nearly uniformly white the gatherings were. (And, yes, we were—are!—two of those white, college-educated publishing folks at the events.) The company already had a mission to publish diverse voices and going to these stuffy, elitist (our take on them!) events made us even more committed as it was so clearly needed. I will say that MUCH has changed over the decades since the 90s and the publishing industry has been talking about and addressing issues of diversity for years now. We’re delighted with this change and just hope it continues in the right direction as there is still a lot of work to do with diversifying publishing overall. This was just our tongue-in-cheek way of trying to address it with the slogan, but more importantly to address it with what we published. 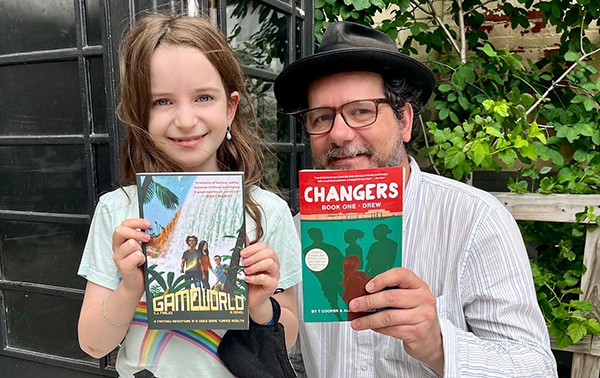 KG: Begun in 1997, Akashic now boasts 435 authors and counting, covering a huge variety of genres including Mystery, Young Adult, Children’s, Black Interest, LGBTQ Interest and so much more. How would describe the common thread that all these books and authors share?

We have acquired a lot based on “falling in love with a book,” and our publisher especially is always eager to try new things, to continue to push us to expand and grow.

JI: Did you count all our authors?! Wow…So, you have noted that we have definitely gotten more eclectic over the years. What started out as a lot of adult, dark, literary fiction has branched out to include children’s picture books, two cookbooks, several music photo books, and more general nonfiction. The common thread—I think?—is that someone here at Akashic saw a need for a certain book to be published. We have acquired a lot based on “falling in love with a book,” and our publisher especially is always eager to try new things, to continue to push us to expand and grow. So, the thread, if this makes any sense, is the editorial team at Akashic, I would say. And, since there has been very little turnover within the editorial team, the eclecticism of the list is the result of us all growing and changing over the years.

KG: Your location-based Noir series has been hugely successful, with 120 titles to date. How did the series originally coming to be? What has been your top three most successful noir books to date? Also, what do you think makes the series so successful? And finally—are you running out of locations?

JI: The very successful Noir Series was not intended to be a series at all!! We’d published a novel by the phenomenal Brooklyn author Tim McLoughlin (Heart of the Old Country), and he was pitching the idea of a Brooklyn short story anthology to the publisher. The two of them batted around a bunch of ideas and settled upon the formula of all brand-new stories, each one set in a different neighborhood of the city. Brooklyn Noir came out in 2004 and was an immediate hit, won mystery awards, etc., and resulted in us receiving numerous pitches from a variety of authors wanting to edit an anthology for their beloved city. It continues to sell very well for us, and we have expanded internationally.

The success of the series seems to be that people love reading stories with a strong geographic sense, stories about places they know well, places they are going to visit, places their daughter/son/niece/nephew is going to college. We work really hard to ensure that we have the right editor for the specific volume so there is authenticity in the stories—especially for readers who know these locations so well. Much of the success comes from the editors, like Dennis Lehane, Joyce Carol Oates, Edwidge Danticat, and George Pelecanos, who know the literary community of the specific location. We work with them to recruit a variety of authors—well-known and up-and-coming—and also work with them to ensure the volume reflects the location’s diversity (i.e., if it’s a predominately Black city, we need a majority of Black authors in the volume; we also work with them to ensure gender balance, etc.). 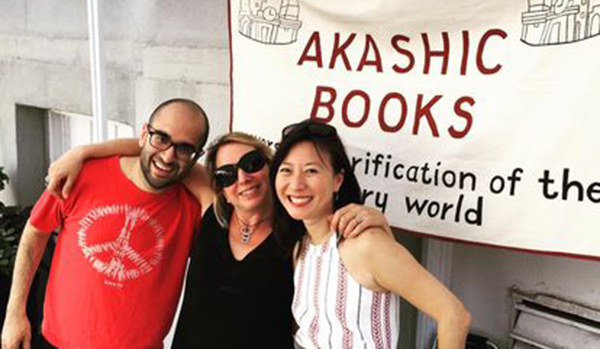 Not even close to running out of locations! There are so many in the US alone we haven’t hit and internationally there’s even more! We’re looking forward to Austin, Cleveland, Virgin Islands, and Jerusalem, which are all on the horizon.

KG: No interview with Akashic would be complete without discussion of your 2011 runaway hit Go the Fuck to Sleep, which is STILL a #1 Best Seller on Amazon, and a Reader’s Digest “25 Funniest Books of All Time.” For an independent publisher, this runaway success—selling over 1.3 million retail copies to date must have changed your universe. Can you describe the ongoing aftermath of this triumph? How did it affect subsequent books in your catalog? Do you have special Akashic holiday every June 14, the original pub date? Finally—whew!—has this book been banned?

JI: Yes…as you noted, the success of Go the Fuck to Sleep really did change things. Before that, we truly struggled to make ends meet. Akashic is an independent with no backers/investors and the publisher does not have a hidden trust fund he can dip into from time to time. We survived on our book sales which can be quite challenging for a small, independent company.

Go the Fuck to Sleep stabilized the company financially in a way we’d never been before. To this day, it continues to be our top seller and a stabilizing force. In addition to the 2 million or so we’ve sold in North America, the book was licensed into over 30 languages, with the most recent deal to a Ukrainian publisher who did their launch event during the war in a subway station bunker.

Go the Fuck to Sleep stabilized the company financially in a way we’d never been before. To this day, it continues to be our top seller and a stabilizing force. In addition to the 2 million or so we’ve sold in North America, the book was licensed into over 30 languages, with the most recent deal to a Ukrainian publisher who did their launch event during the war in a subway station bunker.

It definitely changed our approach to publishing. We started to think about the “gift” book market in a way we’d never had before, and we did sign on a few gift books soon after that were a result of our experience with Go the Fuck to Sleep. It definitely made us look at different types of books and be open to doing things we hadn’t before.

We do not have a holiday, but we really really should! We did release a box set in 2021 to celebrate its 10-year anniversary.

Banned! Funny you ask. Early on, there was an ultra-right Christian group in New Zealand who tried to get the book banned (we had licensed the book to an Australian publisher, so it was their edition). They started a campaign to get it banned which went, well, nowhere as far as I know, and simply resulted in the book exploding to the top of the charts in Australia and New Zealand. As recently as this year I fielded an email from someone accusing us of child abuse. The criticisms like this were so few and far between though that they just amused us all…and, often led to more sales.

KG: You’re hosting a dinner party to sign any three authors of the past to your press. Who do you invite? And what do you serve?

JI: Without putting too much thought into this (!): Simone de Beauvoir, Thomas Hardy, and Octavia E. Butler. Artichoke and mushroom lasagna with béchamel sauce, with a simple green salad—because it’s one of my favorite meals to cook.

KG: What are some of your favorite upcoming titles we should know about?

JI: Highlights for 2023 include: Tell the Rest a novel by Lucy Jane Bledsoe; Against the Written Word: Toward a Universal Illiteracy an essay collection by Ian F. Svenonius; StewDio: The Naphic Grovel ARTrilogy of Chuck D (a 3-book graphic novel box set by Public Enemy’s Chuck D!); The Wishing Pool and Other Stories by Tananarive Due; The Kevin Powell Reader: Essential Writings and Conversations by Kevin Powell. I’ll stop there but could go on…We have a great 2023 forthcoming! 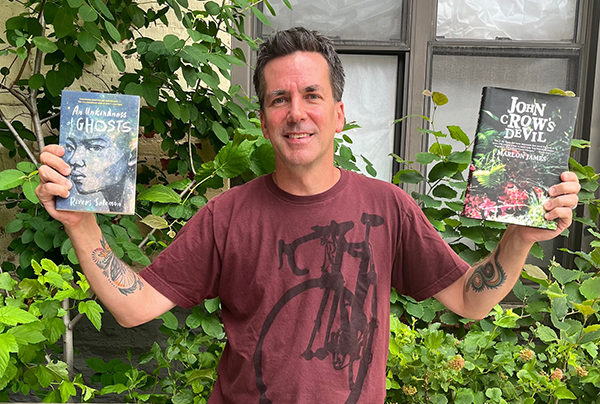 KG: Finally, is Johnny Temple, founder of Akashic Books, back on tour with his band, post (kinda) pandemic?

JI: YES!! In fact, he is on a plane back from Brussels as I type this where his band Girls Against Boys just performed at the HearHear! Festival. Both Girls Against Boys and Soulside will be doing more touring this fall and his third band (just in case you thought two bands wasn’t enough!), Fake Names hope to tour soon-ish!