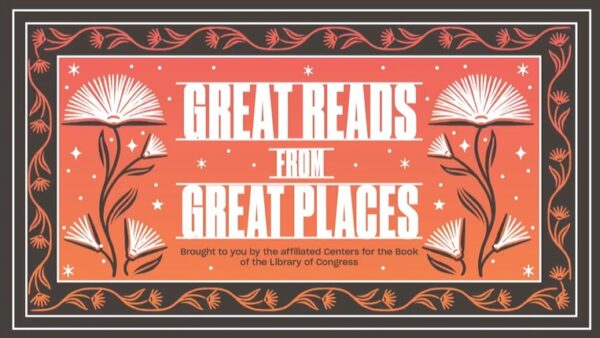 Three Rooms Press is thrilled to announce that NEEDLEWORK, Julia Watts’ hard-hitting, yet hopeful LGBTQ+ Appalachian-set Young Adult novel, has been chosen by the Tennessee Center for the Book to be included in the “Great Reads from Great Places” list for the 2022 National Book Festival of the Library of Congress. 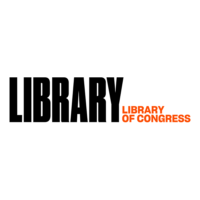 The Center for the Book (www.read.gov/cfb) in the Library of Congress in Washington works with its 56 Affiliates (the 50 states, the District of Columbia, Puerto Rico, the U.S. Virgin Islands, Guam, American Samoa and Northern Marianas) to fulfill the Center’s mission of promoting books, reading, libraries and literacy nationwide. It also promotes the U.S.’s diverse literary heritage.

Every year each of the Affiliate Centers for the Book chooses a book that in some way represents its state’s literary heritage: Perhaps the author was born or lives there, the book is set in a particular state, or there is some other connection. 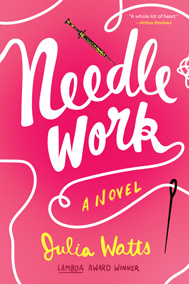 Normally, the heads of the Affiliate Centers come to Washington for the National Book Festival and participate in the Roadmap to Reading, a giant space on the exhibition floor of the Washington Convention Center, where each state and territory has a table featuring the “Great Reads” book and other information and takeaways. Last year, this was represented virtually online. In 2022, the Roadmap to Reading will again be back at the convention center, where thousands of book lovers will visit the tables of the 56 Affiliates and learn about the books on the Great Reads list. NEEDLEWORK will be part of this year’s list, and this list will live indefinitely on our website (www.read.gov/greatreads/). 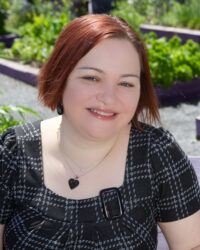 Author Julia Watts will also be featured in an online conversation featuring the Great Reads authors talking about their books and about the theme of this year’s festival: “Books Bring Us Together.”

A native of Southeastern Kentucky, Julia Watts is the author of thirteen novels for adults and young adults, most of which explore the lives of LGBT people in rural and smalltown Appalachia. Her most recent novel, QUIVER, was a Fall “Okra” Pick by the Southern Independent Booksellers Association, and received a Perfect-10 Rating in the Voice of Youth Advocates magazine for librarians. Her novel Finding H.F. won the 2002 Lambda Literary Award in the Children’s/Young Adult category. A novel for for adults, The Kind of Girl I Am, was a finalist for a Lambda Literary Award in the Women’s Fiction category, and her 2013 young adult novel Secret City was a finalist for a Lambda Literary Award and a winner of a Golden Crown Literary Award. Julia holds an MFA in Writing from Spalding University and has spoken at various national and regional conferences, including the AWP Conference, the NCTE Conference, the Appalachian Studies Association Conference, and the Denham Symposium on Appalachian Literature. Julia was recently inducted into the East Tennessee Writers Hall of Fame. She currently resides in Knoxville, Tennessee.

Congratulations to Julia Watts on this virtuoso achievement!