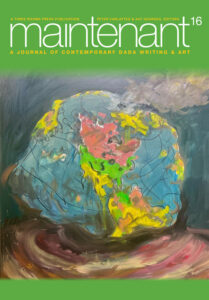 Born in Pittsburgh in 1955, Connelly graduated from the Tyler School of Art, Philadelphia in 1977 and subsequently spent two years in Germany on fellowship.  In the early 1980s Connelly based himself in New York City where he exhibited regularly and developed a highly inventive style of expressionist painting.  By the mid-1980s Connelly was recognized as a key figure among the New York-based Neo-expressionist painters—alongside artists such Julian Schnabel and Jean-Michel Basquiat—and was collected by major institutions across the United States. In the late 1990s, Connelly returned to Philadelphia where he continues to live and work. Since his early successes, Connelly has been portrayed in film by Martin Scorcese (Nick Nolte’s character in New York Stories (1989) was based on Connelly) and was the subject of an HBO documentary in 2008, which above all captured his discipline and commitment to his craft. In fact, since Connelly’s rise to fame in the 80s, he has had few moments of inertia. As a prodigious painter with a passion for his art, he has amassed a vast collection of canvases, many of which have yet to be exhibited.