↓
Home→Author Interviews→Writing the Kind of Books You Don’t See on the Shelves: An Interview with Julia Watts 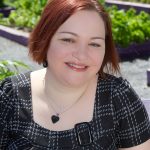 As part of our pride month celebrations, and in anticipation of her forthcoming novel Needlework, Three Rooms Press had a few questions for author Julia Watts. Her award-winning YA fiction has been an in-house favorite for quite a while; her stories always center on LGBT Appalachian youth, bringing their lives into focus from surprising and enlightening angles. 3RP editor Mary Rose Manspeaker sat down with Watts to talk writing regional fiction, inspirations, and what we want to see our writing accomplish in the world. Read the full interview below!

Mary Rose Manspeaker: What are you reading right now, or what writers/books do you admire?

Julia Watts: I just finished reading Alison Bechdel’s The Secret to Superhuman Strength. I’ve been a fan of Bechdel’s since the early days of her Dykes to Watch Out For comics in the ’80’s, and it’s been exciting to see her work find a wider audience, even if it does mean a lot of people felt like they discovered this edgy new author when they read Fun Home. There are so many authors I admire there’s no way to even get started talking about them. Two more recent favorites, though, are Kentucky author Robert Gipe’s Pop and Kelly Anne Jacobson’s Tink and Wendy, a queer reimagining of the Peter Pan universe, which is forthcoming from Three Rooms Press.

MRM: To the process of writing itself: do you have a routine, or a schedule you try to stick to? Once you begin an idea, what is the daily work that turns it into a novel?

JW: As a very young writer, I was very ritualized and routine-driven. Once I became a working parent, though, I discovered that I had to write with whatever snatches of time I could find! I love to have a 2- or 3-hour block of uninterrupted time, generally in the late morning or early afternoon. However, if I have ten minutes and an idea, that idea is going down on paper! And I mean “on paper” literally. I write out my first drafts longhand on yellow legal pads (Okay, maybe some of my habits are still a little ritualistic). After I have a full, messy draft, I revise as I type it into my laptop. There are 1-2 revisions that come after that before I’m ready to let my trusted readers have a look at it and give me their feedback. 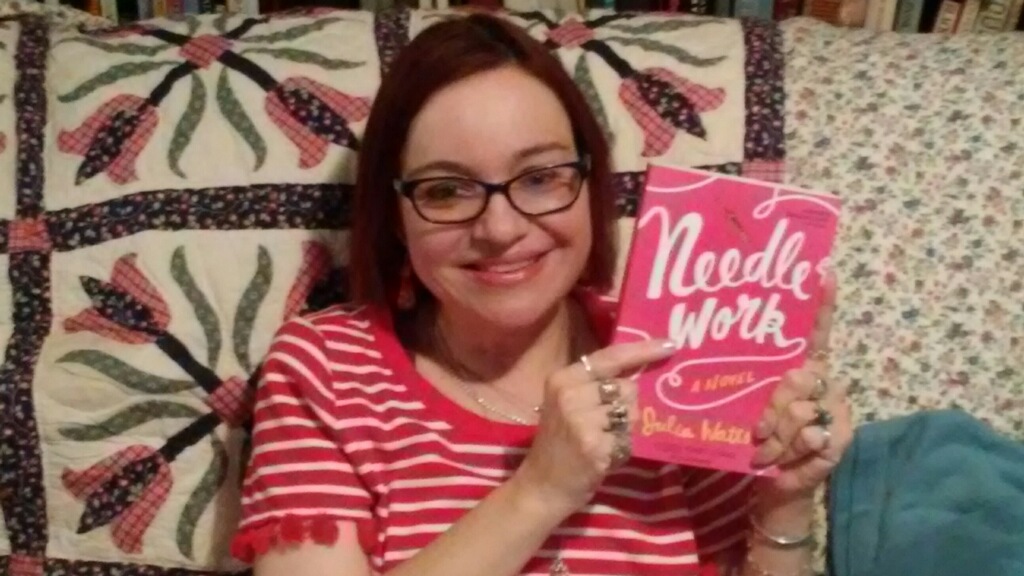 MRM: Part of the pleasure of reading your books is following as the young protagonist develop their ideas of the world and the people around them, especially since the big revelations often happen internally rather than externally. Do you often have an idea for what that arc will be at the start, or does it develop for you too as you write?

JW: I always have a starting place in mind, and sometimes I even have a destination for the protagonist. How that protagonist reaches their destination, though, is a mystery that unravels itself through the writing process. Sometimes I’m genuinely surprised by the turns my characters take!

I think I wanted to write the kind of books I didn’t see on the shelves when I was growing up! I hope rural LGBTQ+ kids reading my work will see themselves and know they’re not alone; I hope kids from other settings reading my books will see how limiting stereotypes can be.

MRM: Your YA fiction always centers Appalachian LGBTQ youth, but also touches on the ways societal elements like religion and race interact in the region. What is most important to you when building setting and portraying a region people who haven’t lived there might know little about?

JW: I feel like as a person from the region, I have a moral responsibility to get it right and show things as they really are. Growing up, my experience of Appalachia in national media fell into three categories: (1) invisibility—it wasn’t depicted/mentioned at all, (2) comic stereotypes—the hilarity of laughing at the ignorant, barefoot hillbillies, or (3) objects of pity—the pathos of feeling sorry for/superior to these ignorant, barefoot hillbillies! Clearly, none of these reflected my experience of the region. In my work, I want to show that Appalachians not only exist, but are a diverse people who shouldn’t be reduced to one broadly drawn and inaccurate story.

MRM: I grew up in West Virginia, so many of the places and characters and foods that appear in your novels feel familiar and home-y to me. In Needlework, food plays a large role most times that characters spend time together. How do you think about presenting food as part of a setting, and does it contribute to the type of scene you’re writing?

JW: I’m glad my stories make you feel at home! Food is huge in my novels; scholarly papers have even been written on it.  No matter what culture you’re from, it will have its own foodways, and food is a way of bringing people together. Food is also a way of caring for people—both of my grandmothers always kept something sitting on the back of the stove, whether it was a pone of cornbread or a skillet of cold sweet potatoes, in case anybody who came through was hungry. I think the food in my novels, whether it’s soup beans or chicken and dumplings, becomes sort of a shorthand for caring and community. Also, sometimes my rural Appalachian characters come across food from other cultures, which is a way of opening up the world for them.

MRM: Reading your writing now, I wish I had encountered your novels as a teenager living in a small rural town. They are still wonderful as an adult, but there is something special about encountering media that makes you and the people you know feel more seen at a younger age. Maybe this is a very broad question, but what drew you to YA fiction, and what are your hopes for your work out in the world?

JW: I read voraciously as a kid, but I had no exposure to books that depicted LGBTQ+ teens and very few books depicting Appalachian—or even just rural—kids. I think I wanted to write the kind of books I didn’t see on the shelves when I was growing up! I hope rural LGBTQ+ kids reading my work will see themselves and know they’re not alone; I hope kids from other settings reading my books will see how limiting stereotypes can be.