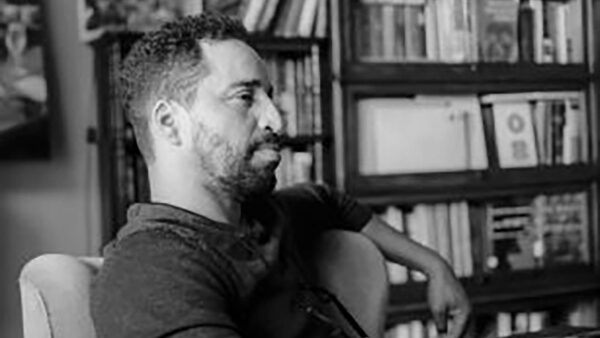 In this installment of our new spotlight on fellow indie publishers, 3RP co-director Peter Carlaftes talks to Bronzeville founder and author Danny Gardner.

I first met Danny at Book Expo in 2017 and we hit it off immediately. That same year Gardner, originally a Def-Jam stand-up, had contributed a story to our soon-to-be Anthony Award-winning anthology THE OBAMA INHERITANCE, edited by the incomparable Gary Phillips, and he spoke of laying the groundwork for starting his own publishing house. Bronzeville Books was born in 2018.

PC: The publishing business is not a field that chooses you. You choose it. How did your choice come to be?

DG: I have publishing, literature, and arts and letters in my personal and family background, and I have a strong business background, and the timing of my writing career success came at the apex of what we are all living now: the content wars, which I am familiar with as a producer. So, as a lot of independent pubs were failing, and the majors scrambled up their imprints and limited budgets, I found myself uniquely positioned and vulnerable to change, on both sides of my writing career, so I fell back on all my roots—cultural, social, economic— and founded the B, Bronzeville.

PC: Well you have built Bronzeville upon a very solid foundation: To be “an independent publisher focused on elevating voices and stories that have long been underrepresented.” I mean, that is what this business is all about.

Now this month brings us to the Juneteenth celebration. Can you tie in the impact of that moment in history to the name of your house of Bronzeville?

DG: It’s the neighborhood I was born, Bronzeville. My family had some interest in Black American-owned newspapers and journalism in Chicago during the migration years. Also, I came up inside advanced arts and letters programs in Chicago Public Schools, the Chicago Public Library, and speechwriting and public speaking competitions held by the NAACP’s ACT-SO program. This was all before my stand-up career began. It doesn’t make it in my bio, but I’m a library kid. My grandfather drilled into me the economic self-reliance that absorbed the desires of the bronze movement that was happening through DuBois and his trips abroad. I write about it in Ace Boon Coon:

Bronzeville was where enterprising colored folk took hoe to city,
adapting the swinging survival first made in the rich soil of Mississippi
until it found purchase in the Black Belt, that perfunctorily named stretch
of the South Side where new arrivals to the Great Migration were relegated
by law. Perhaps the City Hall ofays figured this was best, as they wouldn’t
want to sully Chicago for all its other immigrants, as if a few extra colored
folks could do anything to make it worse.

It’s the neighborhood I first performed stand-up. It’s the neighborhood my grandparents once held court. It took care of itself and dared the city to allow it to fall asunder. It’s a bold move, growing better for your people underneath their feet and insisting they stand atop it with pride. So, we’ll see. It happened in Chicago during the migration. Might it happen in the mind, again? My goal is to instigate this for those who wish to uphold a racism-free mandate, as Bronzeville once had, in its heyday, my grandfather’s day.

PC: You and I have agreed in the past that there is plenty of room in our community to add many cool new publishers, but in this dominantly white-owned and staffed business, where does the parity exist for the Black American publisher to not have to play catch up?

DG: We’re not catching up. We’re the growing alternative. There are lovers of books who see big companies with content platforms swallow racist companies, publishers, distributors, wholesalers, and their racist practices, and their racist catalogs, yet make community-pivoted commitments to the hood during BLM protests. That reader is disgusted by it. We’re the balm. We’re the medicine. We aspire to correct racist praxis.

PC: Well that can only be the case in your capable hands. Especially adhering to the Bronzeville tenet: We are committed to producing a generation of racism-free literature to ensure a racism-free future.Truly something to strive for. And you know you can always count on Three Rooms Press as a constant ally. 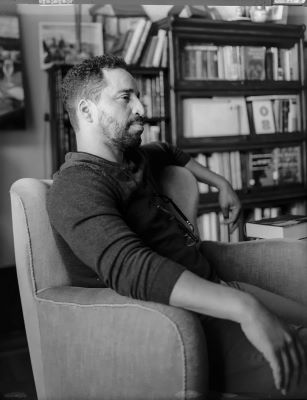 And finally, Tell me about what exciting new projects the future holds for Bronzeville Books?

DG: We’ll be honoring our commitment to creating more work opportunities for creators and performers of color by starting audiobook production, in-house, on all our titles for release in Black History Month 2022. There may be more announcements between now, and then, so we’ll keep in touch. There are also new works from myself, Keli Stewart in poetry, Tasha Keeble in literary fiction, and Liam Sweeny in crime fiction we all look forward to within the next few quarters.

PC: Thank you for joining us, Danny. And to learn more about Bronzeville Books, you can click on the following link and check out the projects they have out on the shelfs, and buy a Bronzeville Book while you’re at it. One of their titles is bound to pique your fancy:

And to learn more about the Juneteenth celebration and the growing momentum to declare June 19 a National Holiday, click the link below: