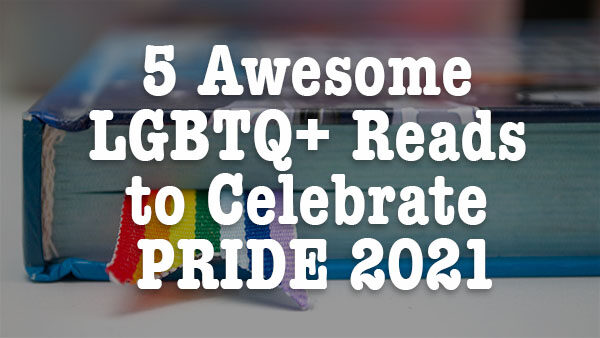 June is Pride Month, and after the year we’ve had, what better time to find a comfortable spot on the beach or in the park, take in some sun, and enjoy a book from 3RP’s fabulous (and growing!) LGBTQ+ reading list. We’re talking award-winning, brilliant novels, memoirs and more that will keep your toes tingling and your mind humming. Plus…

SPECIAL PRIDE SALE!!!
All 3RP LGBTQ+ titles are
25% off
for the entire month of June!
CLICK HERE

DISASTERAMA: Adventures in the Queer Underground, 1977-1997 by ALVIN ORLOFF with an introduction by Alexander Chee

***2020 LAMBDA LITERARY AWARD FINALIST***
DISASTERAMA: Adventures in the Queer Underground 1977 to 1997, is the true story of Alvin Orloff who, as a shy kid from the suburbs of San Francisco, stumbled into the wild, eclectic crowd of Crazy Club Kids, Punk Rock Nutters, Goofy Goofballs, Fashion Victims, Disco Dollies, Happy Hustlers, and Dizzy Twinks of post-Stonewall American queer culture of the late 1970s, only to see the “subterranean lavender twilit shadow world of the gay ghetto” ravished by AIDS in the 1980s. Includes an introduction by Alexander Chee (How to Write an Autobiographical Novel.

“A surprising page-turner, full of hilarity and intimate asides–transcribed into an extremely readable and satisfying fly-on-the-wall of literary history . . . will make both fanboy and scholar sit up straight at attention. Oh, and the R. Crumb cover portrait of Allen & Bill is magnificent!” —Sensitive Skin

Two seminal figures of the Beat movement (and openly gay writers and cultural superstars), Allen Ginsberg and William S. Burroughs, discuss literary influences and personal history in a never-before-published three-day conversation following the release of the David Cronenberg film of Burroughs’ classic novel Naked Lunch. The visit coincided with the shamanic exorcism of the demon that Burroughs believed had caused him to fatally shoot his common law wife, Joan Vollmer Burroughs, in 1951–the event that Burroughs believed had driven his work as a writer. The conversation is interspersed with rare photographs by Ginsberg revealing Burroughs’s daily activities from his painting studio to the shooting range.

NIRVANA IS HERE: A Novel by AARON HAMBERGER

An honest story about recovery and coping with both past and present, framed by the meteoric rise and fall of the band Nirvana and the wide-reaching scope of the #metoo movement, Nirvana is Here explores issues of identity, race, sex, and family with both poignancy and unexpected humor. Deftly told intertwining stories with rich, real characters are reminiscent of the sensuality and haunting nostalgia of André Aciman’s Call Me By Your Name blended with the raw emotion of Kurt Cobain’s lyrics.

“Both timely and refreshing in its complexity, Nirvana is Here gets to the heart of matters and revels in the glory of accepting one’s against-the-grain identity.” —Hyype

“Hamburger is tender and provocative in his examinations of sexual abuse, racial strife in ’90s Detroit, and the way that discovering Nirvana changes everything about Ari’s world. The complexities of this novel are deftly handled by Hamburger, whose sensitive and observant prose is a pure joy to read on every page.” —Electric Literature

EVERYTHING GROWS: A Novel by Aimee Herman

WINNER, 2020 Golden Crown Award, Best Young Adult Novel
WINNER, Silver Medal, Foreword Reviews Indie Award, Best Young Adult Fiction
WINNER, 2020 Golden Crown Award, Best Debut Novel
Fifteen-year-old Eleanor Fromme just chopped off all of her hair. How else should she cope after hearing that her bully, James, just took his own life? When her teacher suggests students write a letter to a person who would never receive it to get their feelings out, Eleanor chooses James. With each letter she writes, Eleanor discovers more about herself, even while trying to make sense of his death  Set against a 1993-era backdrop of grunge rock and riot grrl bands, EVERYTHING GROWS depicts Eleanor’s extraordinary journey to solve the mystery within her and feel complete. Along the way, she loses and gains friends, rebuilds relationships with her family, and develops a system of support to help figure out the language of her queer identity.

26 of the Best LGBTQ Novels We Discovered This Year. “An emotional yet ultimately uplifting journey of self-discovery, acceptance of others, and learning that life is better than the alternative.” —The Advocate

“An epistolary love song to queer coming-of-age. It is a queer becoming that eludes the inclination toward binary and champions self-discovery as a lifelong project.” —BOMB Magazine

QUIVER: A Novel by Julia Watts

“A wonderful story of friendship…For anyone who has felt “different,” Watts’s novel will be ultimately relatable.”—VOYA Magazine, Perfect 10 Rating

Set in rural Tennessee, QUIVER, a YA novel by LAMBDA Award-winning author Julia Watts, focuses on the unlikely friendship between two teens from opposite sides of the culture wars. Libby is the oldest child of six, going on seven, in a family that adheres to the quiverfull lifestyle: strict evangelical Christians who believe that they should have as many children as God allows because children are like arrows in the quiver of God’s righteous warriors. Meanwhile, her new neighbor, Zo is a gender fluid teen whose feminist, socialist, vegetarian family recently relocated from the city in search of a less stressful life.

“Quiver shows the capabilities of teens to make mature and thoughtful considerations about their life and the possibility for reconciling religion with acceptance and love in a healthy, empowered way.” —LAMBDA Literary Review

“An examination of friendship and events in life that make us reconsider why we believe what we believe.” —Booklist

WEIRD GIRL AND WHAT’S HIS NAME: A Novel by Meagan Brothers

In the podunk town of Hawthorne, North Carolina, seventeen-year-old geeks Lula and Rory share everything–sci-fi and fantasy fandom, Friday night binge-watching of old X-Files episodes, and that feeling that they don’t quite fit in. Lula knows she and Rory have no secrets from each other; after all, he came out to her years ago, and she’s shared with him her “sacred texts”–the acting books her mother left behind after she walked out of Lula’s life. But then Lula discovers that Rory–her Rory, who maybe she’s secretly had feelings for–has not only tried out for the Hawthorne football team without telling her, but has also been having an affair with his middle-aged divorcee boss. With their friendship disrupted, Lula begins to question her identity and her own sexual orientation, and she runs away in the middle of the night on a journey to find her mother, who she hopes will have all the answers.

“Has all the makings to become a classic of this generation.” —5-Star Review —Foreword Reviews

“Say hello to one of my new benchmarks for great YA fiction. Weird Girl and What’s His Name is absolutely wonderful, heartbreaking, and utterly engaging stuff.” —Manhattan Book Review

One more quick note: 3RP has two new LGBTQ books coming out in Fall 2021: Needlework: A Novel by Julia Watts and TINK AND WENDY: A Novel by Kelly Ann Jacobson.

To celebrate, we’re hosting giveaways for both of these books during the month of June on Library Thing Early Reviewers and Goodreads.

Check here after June 1 for the Library Thing giveaway, which runs June 1-30.

And click on one of the buttons below for the Goodreads giveaway. Both start June 1 and run through June 20. Good luck!