Speaking with KATU 2 ABC, listen to actress and Three Rooms Press author Vanessa Baden Kelly talk about and share her experience growing up in the entertainment industry, her Emmy win, and her new book of essays Far Away From Close to Home: A Black Millennial Woman in Progress, coming May 4th—check it out here! 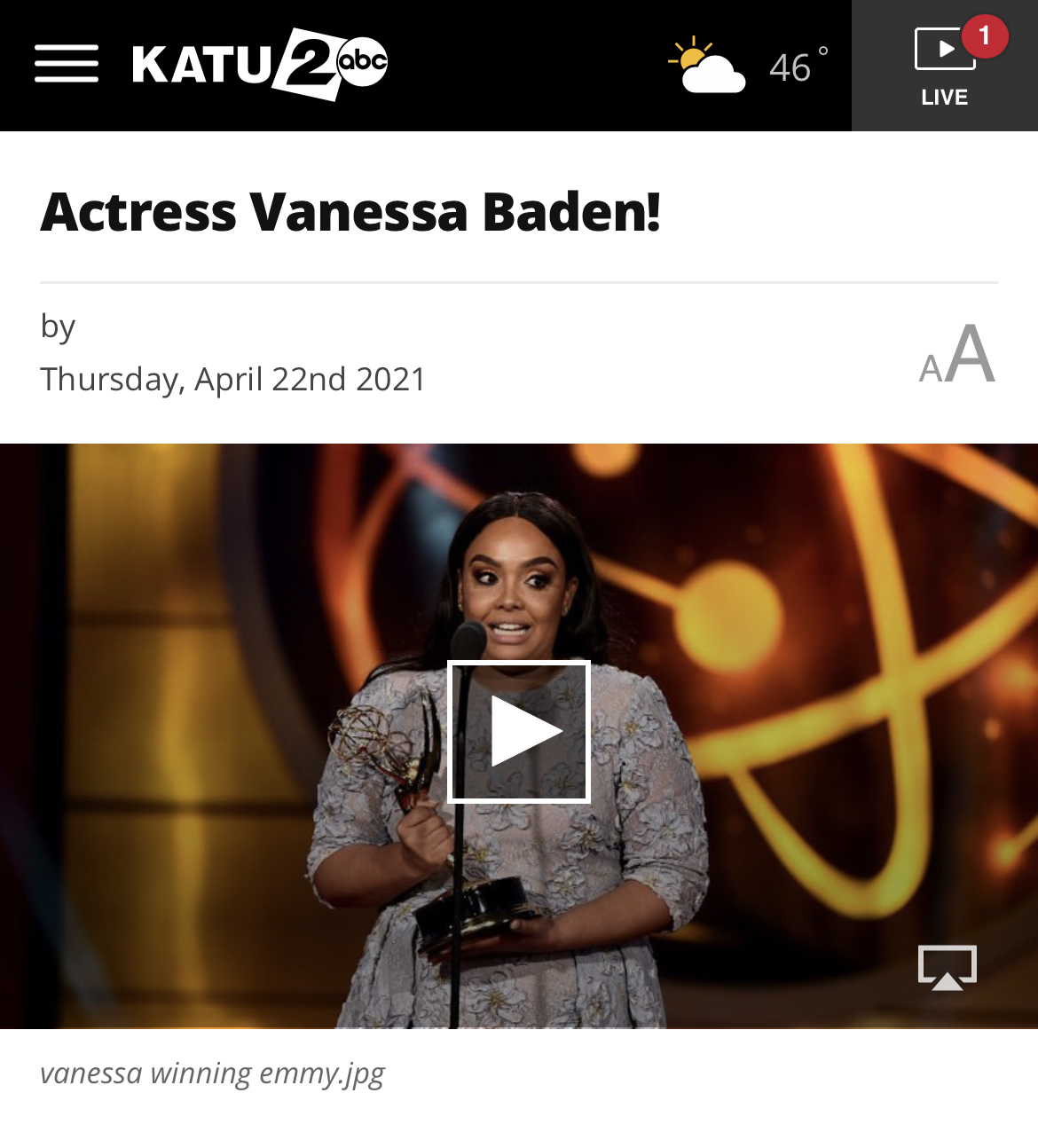 Vanessa Baden Kelly is an Emmy winning actress and nominated writer who has written a book called, Far Away from Close to Home: A Black Millennial Woman in Progress. In the book, she examines what the idea of “home” means to a Black millennial woman. The book will be released on May 4th, published by Three Rooms Press and will be sold in major bookstores and Amazon/Kindle. Vanessa originated the role of Journee in the Issa Rae digital series Giants, for which she was nominated for 4 Daytime Emmys and received one for Best Actress in a Digital Drama for her role in Giants. Vanessa began her career as a child, starring on Nickelodeon’s Gullah Gullah Island and Kenan and Kel. After departing entertainment, she began organizing in college, co-founding the Student Coalition for Justice (later the base for the Dream Defenders), and continued working in the field. To date, she has led campaigns for The Trayvon Martin Foundation, Community Coalition South LA, and various political campaigns including Obama for America ‘08 and the Ndoum Presidential Campaign in Accra, Ghana. Additionally, she is an Ambassador for the RuJohn Foundation. Upon her return to Hollywood, Vanessa has become a successful television writer and producer, writing for shows such as TNT’s Animal Kingdom and Mindy Kaling’s HBO Max series Sex Lives of College Girls.

Preorder FAR AWAY FROM CLOSE TO HOME now: