April is National Poetry Month, and a perfect time to highlight a few of Three Rooms Press’s standout poetry collections. And for the month of April, ALL Three Rooms Press poetry books are 25% off with the code POETRYLOVE exclusively at our online store. 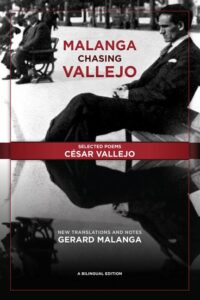 This gorgeous bilingual edition brings the forceful, staggering poetry of one of the great poetic innovators of the 20th century into new focus. Gerard Malanga’s translations reveal a profound perspective on Vallejo’s work that highlights the brutal desperation behind his genius. Poet/photographer Malanga, widely known for his close association with Andy Warhol in the mid-60s, presents his translations for the position of a fellow member of the underclass, providing a street-level entry point for those new to Vallejo’s mastery. The collection includes an in-depth introduction by Malanga—detailing his 45-year commitment to this project—as well as a poem about Vallejo by Malanga, rare photos of Vallejo, and transcriptions of several new-before-published letters to Malanga from Vallejo’s widow, Georgette de Vallejo, who guided his translation efforts.

“Malanga’s translations [of César Vallejo] are more blunt and brutal than many of those that have come before; they’re also more idiomatic and willing to take risks through the use of contemporary American English, thus making them more accessible to the casual reader while still remaining accurate.” —Prairie Schooner

ON EARTH AND IN HELL: Early Poems by Thomas Bernhard, translated by Peter Waugh 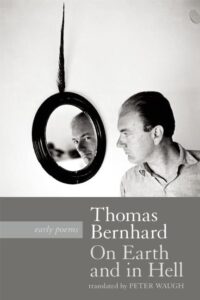 The first English translation of the earliest poetry of brilliant and disruptive Austrian writer Thomas Bernhard, widely considered one of the most innovative and original authors of the 20th century and often associated with fellow mavericks Beckett, Kafka, and Dostoevsky. A master of language, whose body of work was described in a New York Times book review as “the most significant literary achievement since World War II.”  This bilingual collection includes Peter Waugh’s well-regarded translations and introductory essay, an introduction by National Book Award-winning author and poet Jai-my Gordon, and a prologue by director and playwright Barbara Hutt.

“A distilled perspective on the essence of [Bernhard’s] artistry and his theme of death as the only reality. A remarkable achievement by highly-respected translator Peter Waugh.” — Prairie Schooner 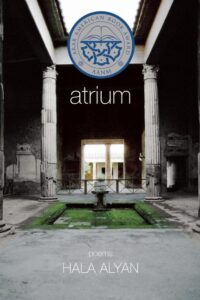 Award-winning author and poet Hala Alyan’s first full-length poetry collection is a dazzling work that helped etch her mark on the literary world. Winner of the 2013 Arab-American Book of the Year Award for Poetry—an outstanding achievement for a first collection—Atrium traces lines of global issues in personal spaces, with fervent, original imagery, fierce passion and intense intimacy that echoes long after the initial reading. For newcomers, as well as fans of Alyan’s more recent notable, award-winning work such as Salt Houses (winner of the Dayton Literary Peace Prize and an NPR Best Book of the Year), The Twenty-Ninth Year, and her latest novel, The Arsonists’ City, Atrium is an essential read that sparkles in its intensity.

“Don’t miss the dazzling Hala Alyan. Wow. When she says ‘the poetry like a spear,’ she isn’t kidding.” ―Naomi Shihab Nye, poet, Transfer

“Atrium is a formidable volume: irreverent, clever, hyper-erudite and laugh-out-loud funny, with moments of arresting darkness and disturbing intensity to boot. Whether it’s Greek mythology, nightclub culture, obscene sex acts or Beirut, there is scarcely one subject in these 88 pages to which Alyan doesn’t bring fierce originality, feeling and flair.” ―New Lebanon Review

CLOSE TO THE TREE: Poems by Robert Gibbons 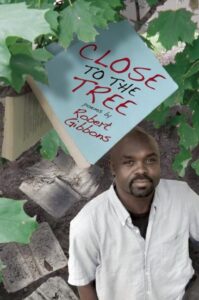 In his first full-length collection, Black poet Robert Gibbons offers stunning work that echoes Langston Hughes while offering prescient views that resonate with Black Lives Matter urgency. The first line of opening poem, “Home” sets up the unrelenting tone of the book with “who said we did not receive the death penalty at birth / our skins bruised by the Florida sun.”  Gibbons’ work has been widely anthologized and this astonishing collection is a great introduction to his body of extraordinary verse.

The poetry of Robert Gibbons flows from him like a mighty river. It is powerful lyrical, strong and hip.” —Marc Primus, historian

“Mr. Gibbons’ poetry is breathtaking in its imagery. His words paint a heart-wrenching canvas and haunt the reader with deeply emotional truth-telling.” —Miram Hipsh, author

Have a great National Poetry Month, and remember, all Three Rooms Press poetry collection are 25% off through April 30th, exclusively at our online store with the code POETRYLOVE. Happy reading!
Share This!