Believe it or not, there’s more to November than elections, Thanksgiving, and NaNoWriMo. That’s right, the annual penultimate month is also National Life Writing Month. So while some writerly types may be pounding the keys getting their 55,000 words in 30 days, writers and non-writers alike are encouraged this month to put their life stories on paper. In other words, November is Memoir Month!

Here at Three Rooms Press, we love memoirs! Memoir writing often reveals a new angle of a time in history from a very personal perspective. Some of our favorite books are memoirs—and not all of them are nonfiction! If you need inspiration for National Life Writing Month—or if you, like us, simply love memoirs—here’s a list of ones you should definitely check out.

Order any of these titles from Three Rooms Press Direct and get 20% Off through November 30 with PROMO CODE: MEMEME 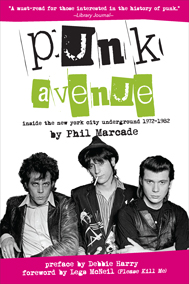 This “beautifully observed memoir from a key early CBGB/Max’s Kansas City player” (MOJO Magazine) features the author in the early days of NYC punk, hanging out with the New York Dolls, writing the French lyrics for Blondie’s hit Denis, Denis, attending the first ever Ramones gig in an NYC loft, and lighting up the stage as lead singer for long-time live punk faves The Senders. The Observer raves “Phil Marcade is the coolest motherfucker you’ve never heard of.” Foreword Reviews says “Marcade’s stories surprise and delight.” With a preface by Debbie Harry and introduction by Please Kill Me’s Legs McNeil, this book is a must-have for any fan of punk rock—or just great writing. Warning: You’ll be moved to tears—laughing AND crying, it’s just that good. 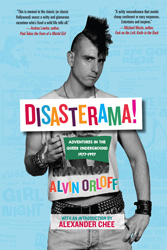 The true story of Alvin Orloff who, as a shy kid from the suburbs of San Francisco, stumbled into the wild eclectic crowd of Crazy Club Kids, Punk Rock Nutters, Goofy Goofballs, Fashion Victims, Disco Dollies, Happy Hustlers, and Dizzy Twinks of post-Stonewall American queer culture of the late 1970s, only to see the “subterranean lavender twilit shadow world of the gay ghetto” ravished by AIDS in the 1980s. This LAMBDA Literary award finalist was hailed by Library Journal as “An important memoir to add to any library’s collection about the turbulent beginning of the AIDS epidemic,” while Lambda Literary Journal noted “Orloff’s memoir constitutes a valuable work of cultural history, as well as a heartrending portrayal of his own lost friends.” But our favorite review came from the mad writers at 48 Hills, who declared, “If you really want to relive the retro-camp glories, thrift store marathons, punk-rock Tupperware parties, illicit Castro ice-cream parlor after-hours, New Wave hooker adventures, and amphetamine-fueled art projects of a hallucinatory period equally split between AIDS tragedy and in-your-face, nothing-to-lose queer rebellion, than snag a copy of Alvin Orloff’s DISASTERAMA!” 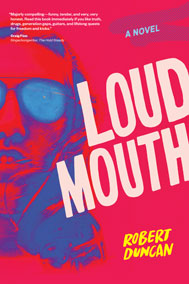 Who says a memoir has to be nonfiction? In Robert Duncan’s debut novel, LOUDOUTH, fact and fiction blend with the goal of discovering truth. The former editor of the renowned 70s rock & punk zine Creem gets into the heart of the New York and Detroit post-hippie scene when music was the center of the world, with guest appearance by some of the folks he hung out with including Bruce Springsteen, The Rolling Stones, Kiss, The Clash, and more. Joel Gion of Brian Jonestown Massacre calls it “A sonic wail of a tale,” and The Hold Steady’s Craig Finn advises, “Read this book immediately if you like truth, drugs, generation gaps, guitars, and lifelong quests for freedom and kicks. Also chiming in is comedian Dennis Miller, who says, “I could listen to Robert Duncan’s stories all day.”

Highly recommended for rock fans. Soon to be available in Audiobook as well as paperback and eBook. 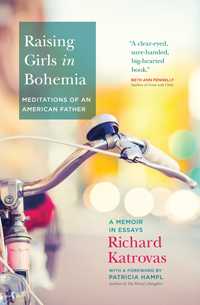 This remarkable, collection of personal and political essays by a 21st century American Derrida, chronicles Katrovas’s life as a father of three Czech-American daughters.

While tracing what fatherhood has taught him about the the world, Katrovas delves in depth into a range of intricately-related yet far-flung subjects including fine dining, sexual epithets, gender identity, racism, poetry and education, tracing the contours of his ignorance about all things. Through the course of these essays, Katrovas unveils what it means to be an American and to be a man, and especially what it means to be a father of three daughters, born in Prague, in what we can only hope is the twilight of patriarchy. Kirkus Reviews notes, “At times brutally provocative, Katrovas’ essays, which also grapple more generally with otherness, faith and the role of art in society, are nothing if not stimulating…ultimately humane.” And The San Francisco Book Review raves, “Katrovas’s personal reflections are superb. Readers will root for Katrovas’ efforts to ensure his daughters feel native to both of their parents’ home countries.” Katrovas is the founder of the renowned annual writing seminar Prague Summer Program. 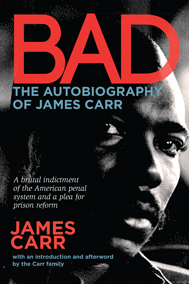 An unapologetic, brutal memoir from notorious 60s career criminal James Carr. BAD covers Carr’s life from his first arrest for burning down his school at age 9, through merciless stints in San Quentin, where he shared a cell with famed Soledad Brother George Jackson, through his tragic post-incarceration murder in San Jose in 1972. A savage indictment of the American penal system, this classic release has new significance as part of a growing, urgent demand for criminal justice reform. Bustle proclaims, “Not for the faint of heart, Bad: The Autobiography of James Carr depicts just how impossible escaping the cycle of systemic violence really can become.” And Razorcake calls BAD “ An amazing and insightful book.”  As Carr himself notes, “I’ve been struggling all my life to get beyond the choice of living on my knees or dying on my feet. It’s time we lived on our feet.” A book that strips the system bare, BAD is revealing as a part of Black Panther history, and as a telling document in the battle for criminal justice reform that continues to this day.