↓
Home→Awards→Congrats to Our Pushcart Nominees! 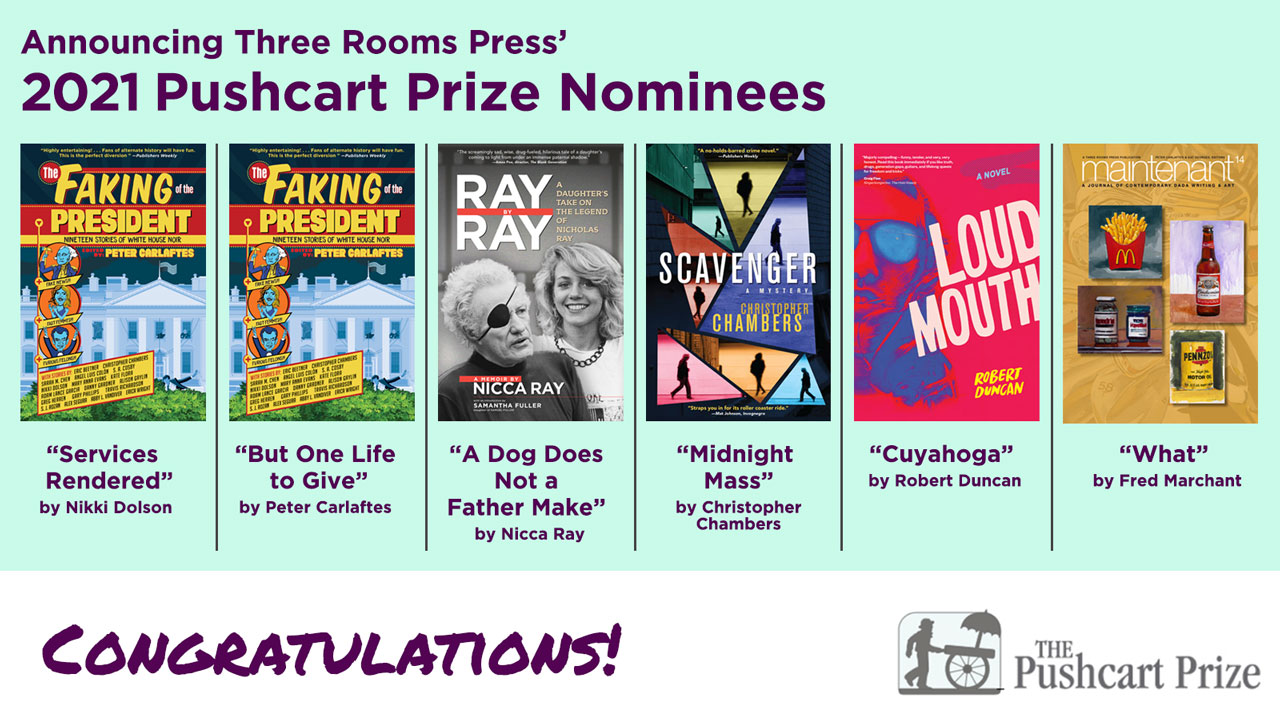 We are thrilled to announce we have nominated six outstanding works published by Three Rooms Press in 2020 for inclusion in the next edition of The Pushcart Prize: Best of the Small Presses. We would like to thank the Pushcart Prizes for their ongoing, super-human efforts to promote great literature, and, in particular, independent publishers. Congratulations to all these phenomenal writers, listed below:

— “Services Rendered” by Nikki Dolson
Short story, from THE FAKING OF THE PRESIDENT: Nineteen Stories of White House Noir, edited by Peter Carlaftes

— “A Dog Does Not a Father Make” by Nicca Ray
Chapter 16, from RAY BY RAY: A Daughter’s Take on the Legend of Nicholas Ray, by Nicca Ray

Congratulations again to all who have been nominated!