↓
Home→Author Interviews→Diversity & Complexity in Fantasy: An Interview with Rishab Borah 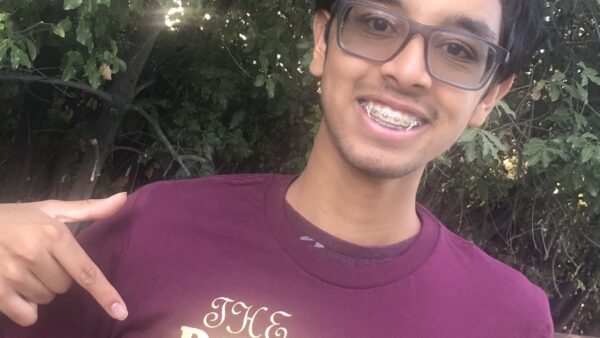 Rishab Borah’s debut book, the middle-grade fantasy novel THE DOOR TO INFERNA, is a magical introduction to the world of Elkloria, a world in need of Khioneus Nevula’s new-found powers. Along with his twin sister Nessa and his two best friends Max and Metara, Khi must quickly learn the magic and history of his long-lost homeland to protect its people from the forces of evil. Borah spoke with 3RP’s Mary Rose Manspeaker about what goes into constructing a new fantasy world, finding complexity in your characters, and setting aside the time to read and write as a full-time student.

Mary Rose Manspeaker: Part of the joy of diving into a fantasy novel like that of THE DOOR TO INFERNA is experiencing a new world with new rules. The world you have built, Elkloria, has quite a lot of its own lore setting the place and stakes. Where did the idea begin, and how long have you been building this world?

Rishab Borah: The idea began a long time ago. I’m pretty sure it began in one of the fantasy roleplays I used to do with my friends in elementary school, but I don’t remember exactly where. I started writing documents about it and tried to incorporate it into my roleplay games, though my friends weren’t super responsive to it. Eventually as I grew up I lost interest in the roleplaying and started expanding the world and giving it a complex magic system, several mythical creatures, and many settings. I also incorporated scientific concepts into them because I’ve always loved science. At this point I think I’ve been building the world since sixth grade, making that about four years. One of the major things about doing this is that it’s easier to avoid plot-holes caused by world-building. If I have a concrete framework for the world beforehand, written into dozens of documents on that little folder in my Google Drive named “Elkloria,” I don’t have to worry as much about forgetting world details that could collapse the structure of my story. That way, I only need to focus on the story details and make sure they are plothole-free. Of course, a framework doesn’t account for everything. Worlds are HUGE, especially when they involve multiple different forms of magic, an entirely new culture, mythological inspirations, and characters from surreal worlds, which describes my fantasy world. I still write things into the story after forgetting details of my world-building, realize those little things after having published the story, and thus have to later change my world-building and storyline itself because I didn’t realize.

MRM: Who are some of your favorite authors, whether they write fantasy or other genres? Are any of them large influences on your own writing and world-building?

RB: One of the larger influences on my story was Chris Colfer’s series, The Land of Stories, as is visible in some of the elements (twin characters, alternate universes, parents who live on Earth but know about the fantasy world). The magic system was originally, as you might guess, influenced by J.K. Rowling’s Harry Potter, though over time it actually became more influenced by Java programming—I’ve always disliked magic systems which are too soft, and while the Elklorian magic systems have its soft parts, wizard magic specifically does function off of a rigid framework. My writing style was influenced by Rick Riordan. I’ve always liked the humorous, childlike way he writes. 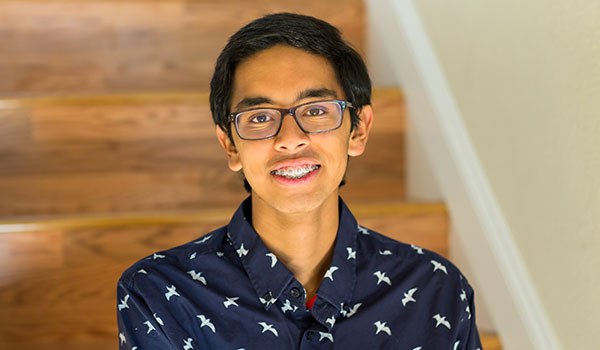 MRM: I can see some of your interests outside writing, be it the sciences, linguistics, or mythology and wildlife, coming through in the way the world of Elkloria comes to life. Did these interests develop further, or did you pick up any new interests in the writing process?

RB: Mythology and science were interests I had beforehand, though my interest in science and mythology definitely increased as I wrote—I would hear/read mythological or scientific facts and think, “hey, that sounds interesting, what if I somehow incorporated it into my story’s world?” The first book, The Door to Inferna, isn’t particularly heavy on either subject (there are references to quantum physics and there’s a lot of Biblical mythology and a little bit of Greek, but that’s about it). And as for linguistics, well, that interest was largely started by my story. I liked the idea of exotic fantasy languages in a fantasy setting. I also liked the idea of a “universal magic language”—not only does it make a medium for your spells to be cast in rather than an arbitrary Earth language, it also allows you to define concepts in a specific way. E.g. ghosts and ghost-like beings have many names in different languages, but in Phantasian they have a single name, “mortigen.” Alternately, because in the Elkloria world the concept of the “soul” is divided into multiple parts (the chemical reactions animating the body, the structure tied to these reactions which leaves the body upon death, the structure which copies your memories and personality to allow you to remain conscious after brain death, and your center of morality), there are four words for each of the four aspects—”pranivitum,” “azatalan,” “neumantophantasmara,” and “benetalan.” It kind of simplifies ideas for me. As for my programming hobby, it wasn’t really affected by my writing the story, though the development of my love for storywriting led to a similar parallel love for writing Minecraft mods around fantasy ideas. Minecraft provides a nice, moldable world to play in, and mods (modifications) are one of its best features, in my opinion, the ability to change Minecraft’s rules and essentially program an existing world. The programmatical nature of my magic system reflects my love of programming. So far I’ve only shown the simple spells, the basic functions like Ofensia and Fulminum. But there’s more to it—I’ve mentioned several characters speaking “long spells” or “long incantations,” and as you’ll later see those long spells actually do have a structure.

Diversity comes with complexity….Max, he was an introvert who saw the wrong side of society, the side that made something he had no control over seem like a curse.

MRM: What do you like best about the novel’s core characters? What do you think are their strengths?

RB: For Khi, I would say his strength is humility. He accepts he doesn’t know everything and tries to ensure that he can put himself in others’ shoes. Given great power (such as being the Semideus), he’d only use it for others who need it. Humility can be bad, obviously. Khi’s gullible, too, because he can easily trust someone who shouldn’t be trusted, or accept knowledge which isn’t true. For Nessa, her strength would be loyalty. She sticks close to people she has a relationship with and she protects them with all her power, which is definitely considerable. This, obviously, can be a bad thing, because one sided loyalty can be very toxic.

MRM: Your novel has themes of feeling “othered,” from Khi’s eyes always differentiating him on Earth, to Max hiding parts of himself even from his best friend, to Nessa’s insecurities. Do the characters in your story speak to experiences in your own life?

RB: Actually, I didn’t realize I’d done this, it was almost a subconscious theme! I know that for one thing, a major portion of Nessa’s backstory was invented by my friend, back when I wanted to write this story with friends. It’s an extreme backstory, definitely, but Nessa lives in extreme conditions—she’s a princess who’s heir to the throne of a kingdom! No one said being a prominent political figure is fun, or easy, especially when you have these strange traits resembling those of the most hated species in all of Elkloria. And any society that’s achieved world peace is going to have problems. I’m really glad that my friend came up with that backstory; those kinds of backstories naturally create someone’s strengths and weaknesses and they emphasize the nuances of politics, especially supernatural politics, though we’ll see more of that later on in the series. As for Khi and Max, well, I just made Khi have purple eyes because I thought it added a fantasy aspect to him, and Max’s story came out of some sort of derision for the classical boy-saves-damsel storyline. But I took it further and added those elements of “otherness” because they had to exist. Diversity comes with complexity. In our current society, a gay person has to have experiences that differ them from a straight person. Being gay or having strange eyes might not be as frowned upon today as it was a decade ago, but there’s still the remnants of prejudice around. Khi has always been rather unfazed; to him, judgment and socialization isn’t something he treats with much weight. But as for Max, he was an introvert who saw the wrong side of society, the side that made something he had no control over seem like a curse. And really, this does somewhat reflect me. I don’t really have interests shared with the majority. I’m introverted, I like writing and mythology, etc. These things do set me apart from other people, and there have been many times I’ve felt left out or othered because of it. Not to the same degree as Nessa or Max, to be sure, but definitely to some degree.

MRM: What were some of the biggest challenges with finishing a novel while in school full-time? Is there a sequel in the works?

RB: The biggest challenges of finishing a novel during school time was the judgment of whether it was worth the time. If Three Rooms Press hadn’t had interest in my novel, it might have been a waste of time that I could use for other things—studying, extracurriculars, or extra classes. I could have self-published, sure, but then I would have to still do a significant amount of work. After all, Three Rooms Press publicized my novel and helped edit it and made the cover art—without them, I’d be doing all that work by myself (“myself” including the help of my family, of course).

As for a sequel, there is definitely going to be an entire series. The second book, specifically, happens in the same time interval as the first book, and is told from Nessa’s perspective. Not only does it reveal new information that changes your understanding of the story-line of Book 1, it also gives me the amazing opportunity to fully express my world-building. This story is from the perspective of a native of Neurazia, a native of Elkloria, and an academic one at that. I’m planning on adding footnotes in the book–little bits of optional information that one can read if they’re interested, told by Nessa in an academic manner to enlighten the reader on some of the workings of my magical world.