↓
Home→interviews→An Evening with Nicca Ray in Conversation with Amos Poe
Share This! 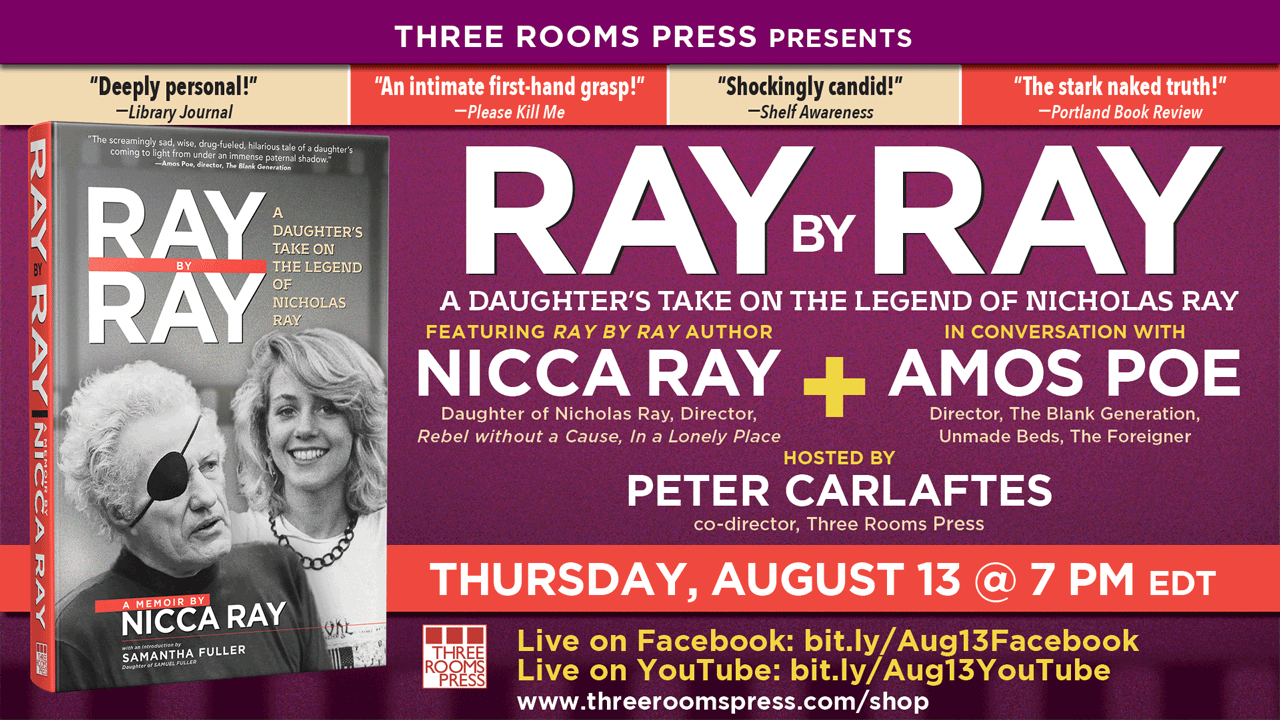 ABOUT RAY BY RAY

In RAY BY RAY: A Daughter’s Take on the Legend of Nicholas Ray, Nicca Ray stitches together the seemingly disparate pieces of the real Nicholas Ray—revered director of such classic films as In a Lonely Place and Rebel Without a Cause, so devoted to his craft he insisted on spending the last hours of his life surrounded by a filmcrew. A man with a string of broken marriages and affairs who lost everything to drugs, alcohol, and gambling. An absentee father she longed for connection with.

HIGH PRAISE FOR RAY BY RAY
“In this intimate blend of memoir and biography, [Nicholas Ray’s] daughter, Nicca, a filmmaker and writer, explores her father’s complex life and artistic legacy as well as their own complicated relationship and his impact on her life. … This contemplative, deeply personal portrait of both Rays will appeal to readers interested in mid-century Hollywood.” ―Library Journal
“Nicca strips away everything fashionable and glamorous about the behind-the-scenes Hollywood big-screen to reveal the stark naked truth about the devastating effects of drug addiction, alcoholism, and free sex…. If this victim of abandonment and abuse can find redemption and reconciliation, it seems within reach for the rest of us, too.” —Portland Book Review
“The screamingly sad, wise, drug-fueled, and hilarious tale of a daughter’s coming to light from under an immense paternal shadow. … A shadow’s shadow; for Nick Ray is himself a burnt-out case, an artist swallowed whole by the bottle, the spoon and the syringe.” —Amos Poe, director, The Blank Generation