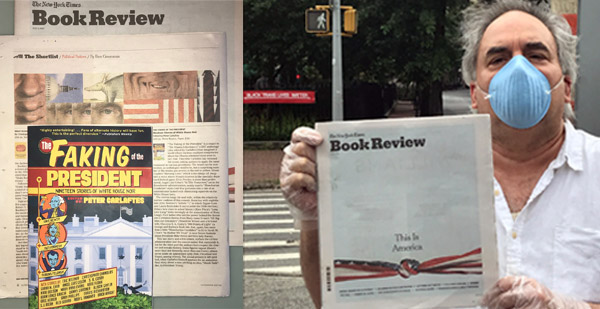 Can political satire outpace reality? In the July 5th issue of The New York Times Book Review, novelist and journalist Ben Greenman explores how three titles take on this very question, among them Peter Carlaftes’ latest anthology THE FAKING OF THE PRESIDENT, which receives a rave review. Several contributors are given special mention in this politically-themed issue, including the collection’s closer, Carlaftes’ own story. 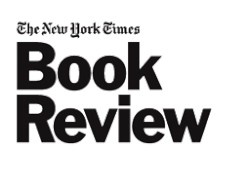 For more than three years now, people have noted that real events are outstripping satire, that life has begun to intimidate art. With a president willing to say or tweet almost anything, artful exaggeration has seemed less and less possible. So what of satirical political fiction? Is it a light out of the darkness or a flickering doomed lightbulb?

“The Faking of the President” is a sequel to “The Obama Inheritance,” a 2017 anthology from the same publisher that imagined a world where various crackpot conspiracies about the Obama administration were in fact true. This time Carlaftes has widened the scope, asking authors to apply the same treatment to various presidents. The result can be scattershot, as anthologies tend to be, but a surprising number of the stories put arrows in the red or yellow….The actual present is left until last, when Carlaftes himself appears for an audacious final story about a man pitching an idea, “Shark Tank”-like, to President Trump. Read the full article!