April is National Poetry Month, and this year in true Three Rooms Press fashion, we’d like to celebrate by challenging the traditional concept of poetry. It’s not that we have anything against well-written words on a page—but sometimes, the incorporation of visual art and the expansion of poetic norms is something we can’t resist.

Certainly, words and images have been combined together by artists for centuries, but the early 20th-century start of the Dada movement was one of the first to unite both as a means of social commentary, reaction to the horror of World War I, and a challenge to the traditional roles of art and artist. Early Dada practitioners and founders such as Tristan Tzara, Hugo Ball, and Francis Picabia experimented with text, formatting, shapes, and language in order to critique a world gone mad and push the boundaries of their words in a direction never seen before. 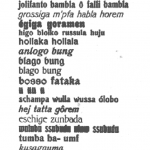 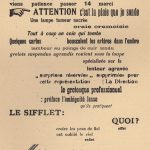 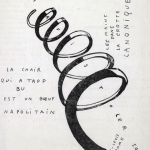 The visual poem and Dada art still exist today. Three Rooms Press publishes MAINTENANT: A Journal of Contemporary Dada Writing And Art annually, in order to highlight the most significant contemporary Dada writing and art from around the world. Inspired by the original Maintenant, an irreverent and risk-taking zine published, edited, and allegedly written by Arthur Cravan from 1913-1917, the Three Rooms Press journal aims to bring to light cutting-edge poetry and art that stems from this original spirit. Since 2005, Three Rooms Press’ MAINTENANT has developed an international reputation as a primary source for modern Dada work by well-known and emerging artists. For national poetry month 2020, we’d like to highlight some visual poetry from our most recent editions. Because a picture is worth a thousand words, right? 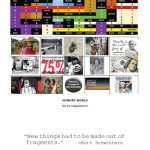 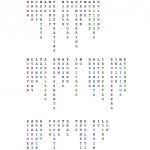 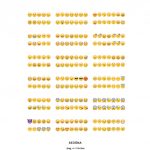 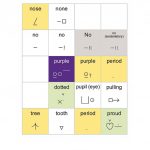 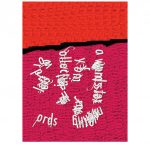 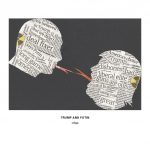 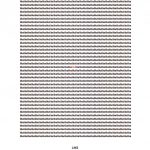 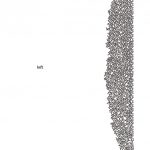 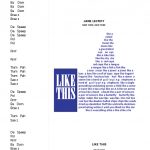 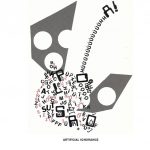 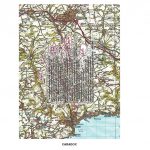 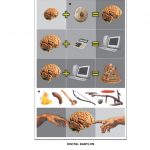 Be sure not to miss the release of the next MAINTENANT 14, out June 2, 2020 (catch our NYC launch Thursday, June 4 at Le Poisson Rouge, and the LA launch Saturday, June 13 at Beyond Baroque).

The 2020 edition of the Maintenant confronts the situation with a bold and rebellious collection of work that shows the absurdity of continuing the practices that have taken earth to the precipice of extinction. Using the theme “UN-SUSTAIN-A-BULL-SH*T” MAINTENANT 14 creators turn poetry and art into weapons that expose, confront, and lambast policies that have taken the planet to tipping points in the climate system, biodiversity loss, and the risk of social and ecological collapse.