Charles Bukowski has to be one of the most polarizing writers of all time. His fans praise him for his honest portrayal of his life, his alcoholism, and his interactions with women. His detractors depict him as a misogynist, and definitely not without reason. Times have changed since Bukowski, but his writing and his legacy are still being discussed (and debated) today, nearly 30 years after his death.

Modern artists, writers, and singers continue to be inspired by his work. San Pedro, where Bukowski made his home, is raising funds to erect a bronze statue in his honor for his centennial birthday this year. So what’s the deal? We’ve scoured the internet for recent quotes about the (in)famous writer to gain some insight. 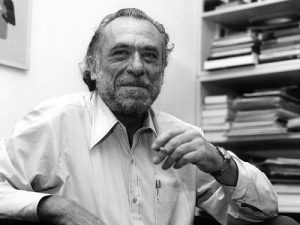 “He might not have a legitimate place in 21st century modern literature, filled as his work is with sexism, racism, homophobia, and unapologetic inebriation—often with violent consequences—but his work is still worth exploring for the role it played in its time and the voice it gave the hopelessly romantic, lonely, dispossessed social outcasts.” —Christopher John Stephens, PopMatters

“He definitely wouldn’t survive if he was starting out now,” Romero acknowledged. “But what people appreciate most is the realness in his writing … He was very honest about who he was and how he felt.” —Quote from Guardian interview with Angela Romero, historian

“For a controversial writer who always seemed to be on a binge, he was prolific beyond words. Writing some 5,000 poems should be proof enough.” —Abel Debritto, LitHub

“I was reading this great poem last night – it’s Bukowski so I’m conflicted because he’s super polarising – but I was reading So You Want To Be A Writer and he says – and I’m completely summarising right now – unless it bursts out of you in white hot light, unless you can’t keep it in, if it doesn’t burst forth out of you, if it wouldn’t make itself happen even if you didn’t try: don’t do it.” —Halsey, in an interview with ClashMusic

“And yet, despite everything, you want to root for someone as gross as Bukowski, if only as a deliciously offensive foil to our over-slick, conformist era of “wellness” worshippers and earnest busybodies trying to tell you what to do.”—Anthony Mostrom, Los Angeles Review of Books 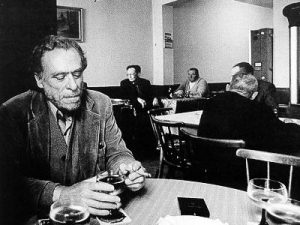 It seems, and it is hardly a surprise, that most are conflicted about Bukowski’s legacy. Unlike Bukowski himself, who was outspoken and anti- nearly everything, people generally can respect his writing while disdaining the subject matter. May the discussion continue!

Join us on February 20th for our 13th annual Charles Bukowski Memorial Reading. Details below. 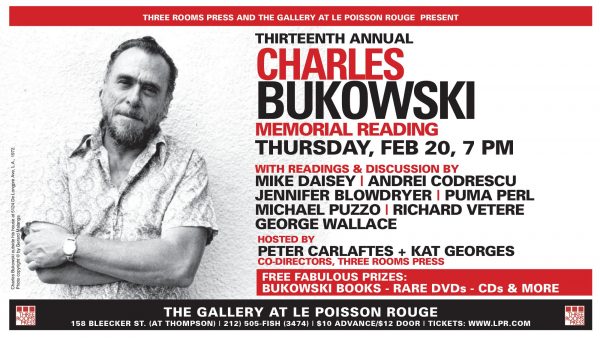