↓
Home→Overview→Happy Pub Day to EVERYTHING GROWS–Luminous LGBTQ YA debut by Aimee Herman
Share This! 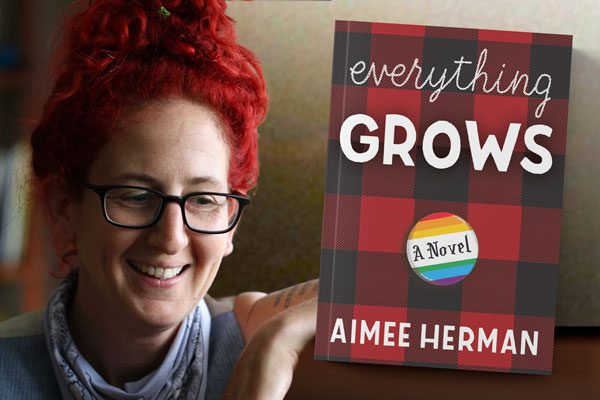 We are thrilled to announce that EVERYTHING GROWS, the brilliant debut novel by Aimee Herman is now officially a part of the world. This LGBTQ Young Adult title has been making waves for months, with universal critical acclaim. It’s the kind of book we wish we had when we were 15. Check out what people are saying:

“A sweet and moving read about a young person growing up, coming out, and trying to find the right words to speak their truth. The awesome soundtrack is a bonus.” —Easy Vegan

OR from your favorite bookstores: