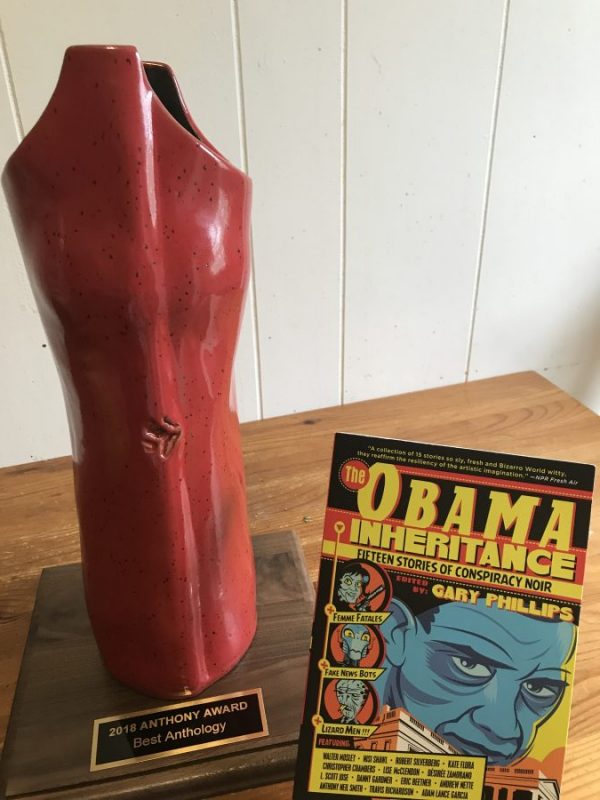 Three Rooms Press is thrilled to announce that our Fall 2017 title, THE OBAMA INHERITANCE: 15 Stories of Conspiracy Noir, was awarded the prestigious 2018 Anthony Award for Best Anthology. The award was presented Sunday at the premier event of Bouchercon 2018 before an audience of nearly 1000 mystery writers and fans.

The  collection has received widespread critical praise, including:

“The Obama Inheritance, a collection of 15 stories so sly, fresh and Bizarro World witty, they reaffirm the resiliency of the artistic imagination.” —Maureen Corrigan, NPR Fresh Air

“The Obama Inheritance: Fifteen Stories of Conspiracy Noir.” … Truth may be stranger than fiction, but why should the conspiracists have all the fun of creating fake narratives?” … Yet, running beneath the book’s mockery of conspiracy fanatics, the unspoken question that I raised earlier persists: Why are there so many outlandish conspiracy theories about the Obamas?” —Clarence Page, The Chicago Tribune

Copies of The Obama Inheritance are available from Amazon, Barnes & Noble, or from your favorite indie bookstore — check indiebound.org for details. 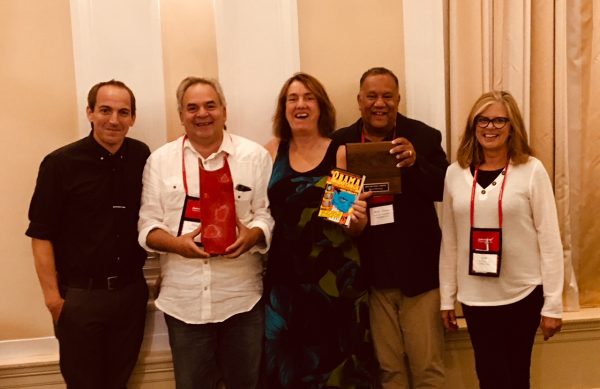 The full list of the 2018 Anthony Award winners is:

BEST PAPERBACK ORIGINAL
The Day I Died by Lori Rader-DAy

BEST CRITICAL/NON-FICTION BOOK
Killers of the Flower Moon: The Osage Murders and the Birth of the FBI by David Grann