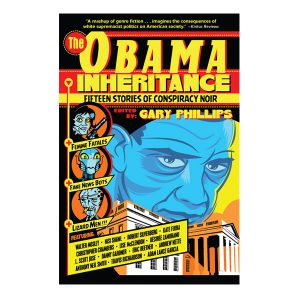 SCROLL DOWN AND ENTER TO WIN
ONE OF FIVE (5) FREE COPIES OF
THE OBAMA INHERITANCE: 15 Stories of Conspiracy Noir

High Praise for THE OBAMA INHERITANCE

Sweepstakes begins September 26, 2017. Entries must be received no later than October 6, 2017 11:59:59 PM Eastern Time. Winners will be selected on or about October 10, 2017. LIMIT ONE ENTRY PER PERSON. Anyone entering more than once will be disqualified.