↓
Home→Author Interviews→Gary Phillips on Conspiracy, Noir, and the Need for Humor
Share This! 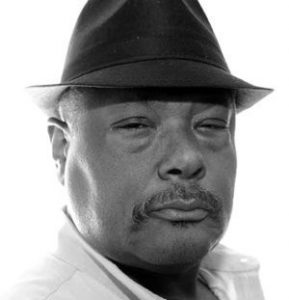 With THE OBAMA INHERITANCE set to release in a few short weeks, Three Rooms Press sat down with the anthology’s editor, Gary Phillips, to discuss the Trump administration, conspiracy theories, and the necessity of fiction. His answers shed a light on these outrageous times.

GP: If I might be so bold, at a time when the very fabric of civil society is being shredded by our so-called leaders who seemed to have stepped out of a David Lynch movie written in a sweaty laudanum-induced fever by Cornell Woolrich, the out-there satirical stories of this collection may yet prove to be an inoculation to protect your sanity.

Which of the  conspiracy theories thrust upon President Obama do you find to be the most outlandish?

There are so many wild-ass ones but I suppose the birther one, that is the lie that Obama isn’t a US citizen that gave rise to the birthers and the Birther-in-Chief, is so blatantly racist in its origins it just grates on my nerves. It would be an observational piece by the late Dick Gregory about paranoid fantasy believers on the fringe. Yet still today too many swallow this birther nonsense, because they need that and any other craziness to explain away Obama’s presidency. But if it was the Illuminati or lizard men behind it using their Jedi mind tricks and time machines to go back in time and plant that mention in the Hawaiian newspaper, you telling me Trump is part of the grand plan? Good grief!

Given the controversies of the current administration, what are your thoughts about the prophetic timeliness of THE OBAMA INHERITANCE?

Heh. I’ll let the readers be the judge of that. But I can say I’m quite pleased with all the stories in the collection and that they’ll enjoy the various mad riffs and wry looks at our current state of affairs, but dig that the fictions therein have a timeliness as well. For all said and done, no matter how much pulpy goodness the tales in The Obama Inheritance provide, there’s some universal truths about the human condition that will resonate with a cross section of folks. I mean, I just saw this headline where a black MMA fighter rescued somebody during Hurricane Harvey and this person insisted he also save his Confederate flag — you can’t make this shit up. 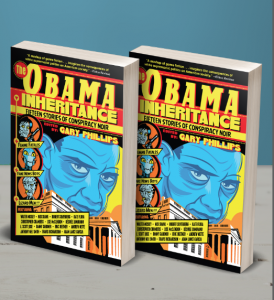