↓
Home→reviews→PUNK AVENUE Is a Punk Zine Hit!
Share This! 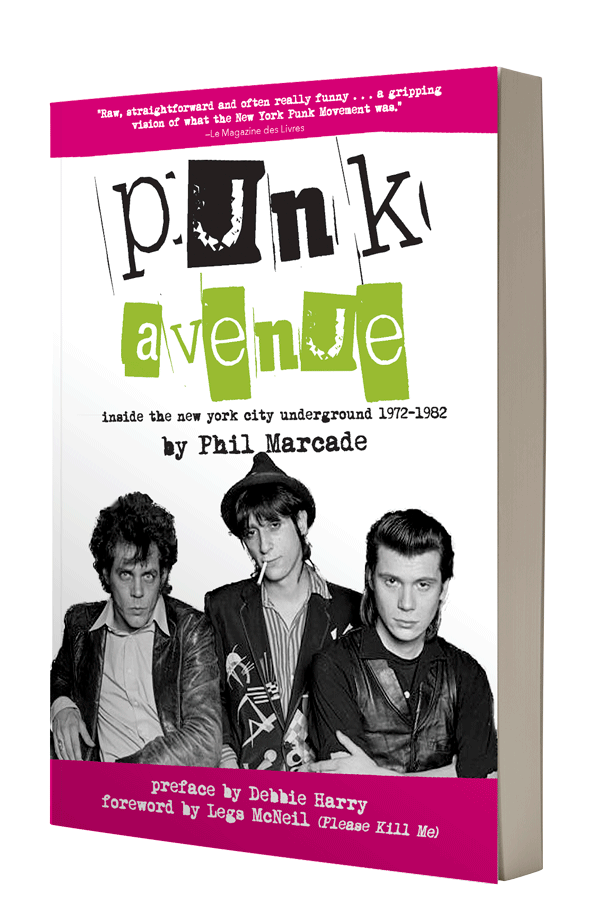 This May, Three Rooms Press is releasing PUNK AVENUE, an inside look at the wildest years and icons of New York City Punk, by Phil Marcade, lead singer of The Senders. With brilliant, often hilarious prose, Marcade relays first-hand tales of his experiences, such as having the Ramones play their very first gig at his party, working with Blondie’s Debbie Harry on French lyrics for her songs, enjoying Thanksgiving with Johnny Thunders’ mother, and starting the beloved NYC punk-blues band The Senders.

And the punk and music magazines are crazy for Punk Avenue!

The renowned Ginger Coyote of White Trash Debutantes and “princess of the Underground Party Scene” reviews Punk Ave in her legendary zine Punk Globe. She writes:

“It was hard to put this book down. It’s a fun and dishy read!”

“Marcade’s stories are crisp and well told throughout, often hilarious and sometimes grisly. . . . Fans of CBGB and American punk will dig it.”

“The Senders, fronted by the magnetic Philippe Marcade, held sway over the late ’70s/early ’80s scene at Max’s, CBGB, and the other music rooms that came and went. . . . Marcade details a life consumed with rock & roll.”

Read more about Punk Avenue here and preorder your copy from Amazon, Barnes & Noble, IndieBound, or your local bookstore!

And mark your calendars for the Punk Ave launch party! MAY DAY 2: Punk All Stars is going to be a legendary celebration, featuring performances by Phil Marcade and the Senders, the Rousers, Lenny Kaye, the Waldos, Andy Shernoff (the Dictators), Lynne Von, Daddy Long Legs, and a conversation with Phil Marcade and Legs McNeil! This all takes place on May 2nd, at Le Poisson Rouge. Doors open at 7 p.m. See you there! 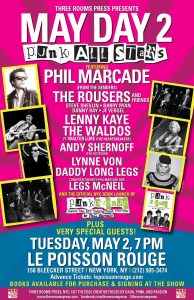