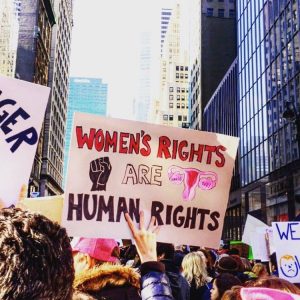 On January 21, 2017, an estimated 4.8 million people—on seven continents, in 600 cities—took part in the Women’s Marches, to “send a bold message to our new administration on their first day in office, and to the world that women’s rights are human rights.” To stand up for women’s rights, LGBTQ rights, racial justice, rights for people with disabilities, separation of church and state, environmental issues, the funding of the arts, and so, so much more. Beate Sirota Gordon, whose life and legacy is the subject of Last Boat to Yokohama (Three Rooms Press, 2015), would have been proud.

In 1946, at the age of twenty-two, Beate Sirota Gordon secretly helped create Japan’s new constitution, contributing the revolutionary Article 9, which stated: “All of the people are equal under the law and there shall be no discrimination in political, economic or social relations because of race, creed, sex, social status or family origin.” Gordon followed this groundbreaking achievement with four decades of trailblazing cultural work, bringing authentic Asian music, dance, and theatrical performances to the United States, bridging East and West through art.

Gordon remains an idol for generations of Japanese women to this day, and to us at Three Rooms Press, she is our idol too. Gordon’s contributions to women’s rights and to the arts are as important and necessary in today’s social climate as ever, and we are proud to present Last Boat to Yokohama: The Life and Legacy of Beate Sirota Gordon as our first ever Backlist Feature. For the month of February, we’ll be selling Last Boat to Yokohama on our website, at a discounted price of $10. Purchase here, and keep Beate Sirota Gordon’s legacy alive in your actions and mind! 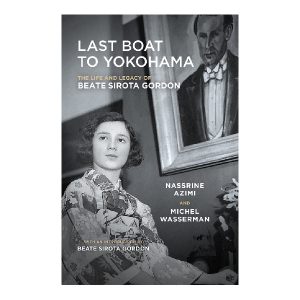 Book Details:
LAST BOAT TO YOKOHAMA offers an in-depth look at the world from which the singular Beate came, with detailed discussions of her father, the world-renowned classical pianist Leo Sirota, personal diaries from the World War II era by her mother, Augustine, as well as a penetrating review of Beate’s early and later life, including never-before-published interviews between the authors and Beate. The book also examines the effect of Beate’s work on the constitution, including a timely study of Article 9—the “peace treaty”, as well as articles mandating women’s equality. Additionally, the authors detail Beate’s impact on American culture through her dedication to introducing authentic music of the Far East, influencing a broad range of contemporary cultural figures including David Byrne, Peter Sellars, and Robert Wilson.