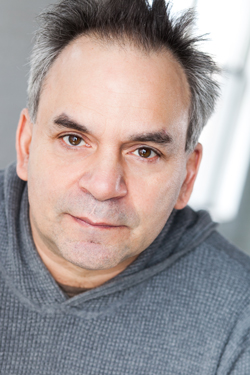 Three Rooms Press is thrilled to announce that co-director Peter Carlaftes has been named a finalist in Publisher Weekly’s annual Star Watch program. He was selected from more than 300 candidates by a panel of judges that includes staffers from Publishers Weekly, the Frankfurt Book Fair, and other industry leaders.

The program, sponsored in conjunction with Frankfurt Book Fair, celebrates up-and-coming members of the U.S. publishing community and offers them recognition on a global stage. Five top honorees will be chosen from the finalists during the PW Star Watch Party at Manhattan’s Dream Hotel September 15

Carlaftes came to publishing from the best place possible: as an avid reader and writer. For Three Rooms Press, his knowledge of the qualities that make a great book has been indispensable. In just over three years as co-director, he has transformed Three Rooms Press’ from a publisher of emerging New York poets into a global, inventive publisher of literary fiction, translations, memoir and creative nonfiction—all of which fall under the imprints motto of “cut-the-edge creative.”

Under his reign, Three Rooms Press has come to define high quality, inventive books—and the publishing world is taking notice. Awards to date under his leadership have included:

Equally important is Peter’s commitment to authors, and his uncanny ability to commit major writers to taking a chance with a small—yet fierce—independent press. Through his efforts, Three Rooms Press has published world-renowned authors in its short recent history, including:

Additionally, Carlaftes is part of the editing team of Three Rooms’ annual publication MAINTENANT: A Journal of Contemporary Dada Writing and Art. With his inspiration and guidance, the journal has moved from a small saddle-stitched ’zine into a full-color, 190 page publication renowned worldwide for its inclusion of established radical artists (Mark Kostabl, Raymond Pettibon, Charles Plymell) as well as brilliant new artists from Nigeria, India, Tunisia, Pakistan, Palestine, Israel, Japan, Europe and the Americas. The journal is archived in museums worldwide including MOMA in New York.

Working with miniscule budgets, but inspired vision and solid commitment, Peter Carlaftes is truly deserving of the PW Star Watch nomination. His efforts are paving the way to bringing out the best from emerging and established authors in new and innovative forms.

Carlaftes notes: “As co-director of Three Rooms Press, I’m in a position to work on many levels including acquisitions, editing, and author development. Each day is different and exhilarating. Nothing is better than adding passionate ideas, new voices, and thrilling literary works to a world desperately in need of written inspiration. I feel a close affinity with the authors I work with since I am an author myself of five books, including A Year on Facebook, Teatrophy, and I Fold With the Hand I Was Dealt. And two decades of working in theatre as a director, playwright, and actor, has given me extensive experience in bringing out the best in people, which I apply to my work with authors, translators, editors, and the other fine creative people I deal with daily.”

The first prize winner of the Star Watch program will be awarded an all-expenses paid trip to the Frankfurt Book Fair by Publishers Weekly, which would be a dream-come-true for Carlaftes. “I long to be able to meet and interact with publishers from around the globe whose work I respect and admire, and who, in turn, respect and admire the work of Three Rooms Press,” he says. “I want to introduce work I’ve acquired to agents and scouts interested in securing translation rights of the truly brilliant novels, memoirs, and creative nonfiction that Three Rooms publishes. In addition, I am actively seeking work of authors worldwide to translate and publish in English editions. There is brilliant work out there that is all too often overlooked by major American publishers. With Three Rooms Press, I have carte blanche to acquire and publish the best work in the world, in any genre.”