↓
Home→interviews→Noir + Music: An Interview with CRIME PLUS MUSIC editor Jim Fusilli
Share This! 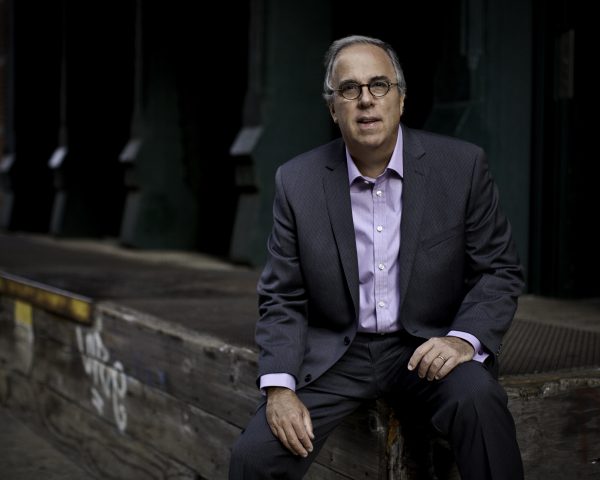 It may be summer, but here at Three Rooms Press we are already digging into autumn, fully immersed in putting the finishing touches on our fall releases. Today, we’re talking crime, music, and short stories with Jim Fusilli, editor of the upcoming Three Rooms Press anthology Crime Plus Music: Twenty Stories of Music-Themed Noir (October 2016). Fusilli is the author of eight novels and numerous short stories, a frequent music commentator on National Public Radio, and the rock and pop music critic of the Wall Street Journal. He’s also the founder of www.ReNewMusic.net.

3RP: Thanks so much for taking the time to chat with us! We’ll start off with our typical, easy question: What are you reading right now?
JF: For pleasure, “The Noise of Time” by Julian Barnes. For research, I’m reading quite a bit about the Manhattan Project.

Wow, Shostakovich and nuclear weapons. Who says summer reading needs to be light? Looking back on all the books you’ve read, can you name a favorite? Additionally, is there one that you would say “changed your life” or had a lasting impact—even if you didn’t necessarily like it?
“The Blue Flower” by Penelope Fitzgerald. It’s a miracle. I’ve read it many times and I don’t know how she did it. I can’t think of a book that changed my life in the way the Beach Boys’ album Pet Sounds did. Coming across Sinclair Lewis at an impressionable age influenced me as a writer, as did the Philip Roth’s Zuckerman novels. Thomas Berger and Bernard Malamud.

How did you first get started writing crime and mystery fiction? What keeps you interested in this subject matter?
I loved the hard-boiled crime writers of the mid-twentieth century. Not just Hammett, Chandler, and Cain, but Vera Caspary, Chester Himes, Patricia Highsmith, David Goodis, Cornell Woolrich, and so many others. I didn’t really make a distinction between their work and Hemingway or Fitzgerald or Steinbeck, at least when I was much younger; I thought of them as mystery writers of a sort. I loved setting and the power of taut, descriptive writing. As a novelist, I had an idea that I could do something different with character, primarily someone in conflict with himself, who is informed by setting. That was how I approached it in the beginning, and that pretty much held truth through my first five published novels and many short stories.

The anthology that you edited, Crime Plus Music: Twenty Stories of Music-Themed Noir is due out in October 2016, on Three Rooms Press. Can you tell us a little about this book?
I had written a few short stories that were set in the world of music. I recall one I wrote for Dublin Noir, edited by Ken Bruen, that I called “The Ghost of Rory Gallagher.” The nasty sound of Gallagher’s guitar was essential to establishing the story’s setting as well as its tone. Later, I did one called “Brenda, My Star,” for an anthology Reed Farrel Coleman edited and that story was about the desperation and duplicity in the music industry. So I was thinking about doing a collection of short fiction that had something to do with music. But then I thought it would be great to see how other authors I admired handled the subject.

We invited nineteen authors to submit a crime story that involved music. The only caveat was to avoid writing something that had to do with reviving a famous musician who had died—you know, I didn’t want anything like someone tracking down Kurt Cobain, who was in hiding, or something like that. I also didn’t want any stories about lost recordings. Otherwise, the authors were left to do as they wished, and it turned out great. It’s such a diverse anthology with so many different approaches—some stories are terrifying, others are laugh-out-loud funny. The quality of the storytelling is really, really high. And so many different eras and styles of music are represented too.

Would you say there is a connection between music and crime—either music inspiring crime, or crime informing music? Or is it even as simple as that? How would you describe the relationship, and why is it important that we write/read about it?
We see criminals in the music world and we hear claims of crimes being inspired by music. But in the case of Crime Plus Music, the term “music” was applied liberally. The subject of the story didn’t have to do with music itself—that is, sound, pitch, rhythm, timbre, etc. For the most part, the authors chose music that informed the tone and tempo of their stories. Or a song or a recording might be at the core of the story, but to their great credit, the authors wrote in such a way that the reader didn’t necessarily have to know the song to get the sense of its energy, foreboding, joy, and the like. Other authors wrote about the music business. Some used music as soundtrack to their stories. Others wrote about musicians. They were all quite innovative.

Do you have any advice for new writers/musicians/creative types? What do you wish you had known when you were first getting started?
The music industry and the publishing industry are very different, in my experience. In the music, you are collaborating all the time. You develop in unison with other musicians, who tend to be generous and want to work with driven, focused people who can play, write, sing, and arrange. In publishing, you need to have a completed work to be considered for entry. There’s little or no collaboration until you have proved that you can do the work. A major commonality, though, is that we must develop our craft, be it writing prose or playing an instrument, writing a song or writing a story. For me, a novelist has to know how to write clearly, succinctly, fluidly, and imaginatively and has to take enormous pride in finding the right word to make the right sentence to make the right paragraph to make the right chapter. Be obsessive about mastering craft.

Do you have any writing rituals?
No, I don’t consider my discipline a ritual. Writing is my job. I don’t romanticize it in any way.

What do you do for fun that’s not writing or music?
I’m lucky in that I still enjoy going to shows, hearing new music, hanging with musicians, and the rest that goes with my position as the Rock and Pop Critic of the Wall Street Journal. I love hearing something wonderful and then telling people about it. I also like the process of creating a work of fiction—the pondering, the research, selecting the setting, the character development, the first draft, the editing, editing, editing, the tenth draft. But music and writing aside, my wife and I like to travel. We like to hang with friends: I’ve met many, many good people in publishing across the US and around the world. We’re grandparents, so you can imagine how happy we are to see our granddaughter. I like baseball, so I’m pretty blissed out from the first pitch of Spring Training to the last out of the World Series. 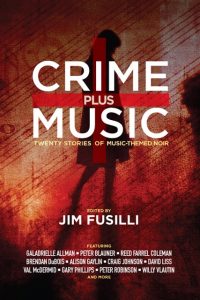