↓
Home→Book Launch→05/23/16: Champagne and Cocaine at Mysterious Books in Tribeca 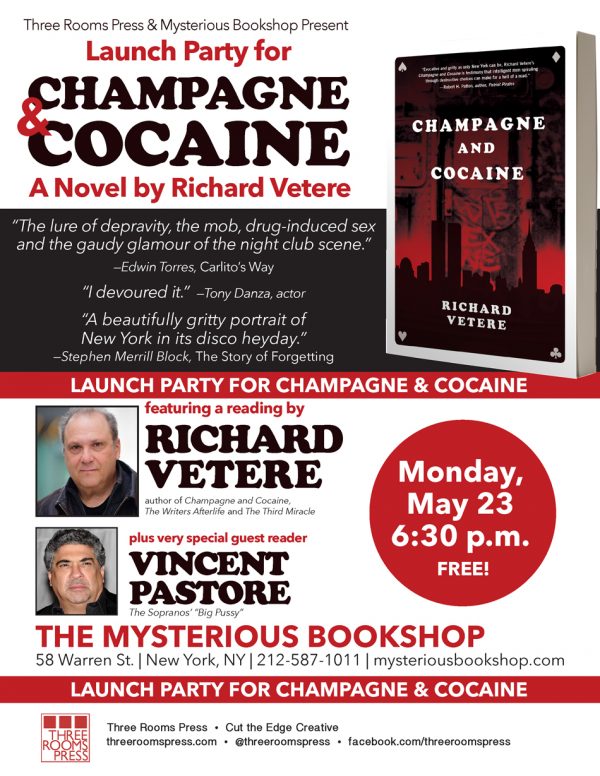 Join Three Rooms Press at Mysterious Books on Monday, May 23 as we celebrate the release of the 80s NYC thriller Champagne and Cocaine by Richard Vetere.

The event is free and starts at 6:30. Vetere will read from the novel and share stories about what inspired.

The new release has already received rave praise. Author Robert H. Patton (Patriot Pirates and Cajun Waltz) raves, “Evocative and gritty as only New York can be, Richard Vetere’s Champagne and Cocaine is testimony that intelligent men spiraling through destructive choices can make for a hell of a read.” Edwin Torres (Carlito’s Way), observes, “Vetere’s page turning Champagne and Cocaine oozes vibrantly, written by an author who knew New York City at that time well enough to put his own stamp on its origins.” And famed actor Tony Danza summed it up succinctly: “I devoured it.”