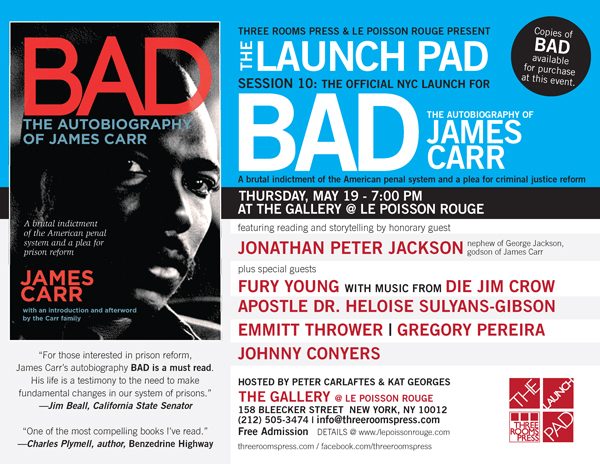 About BAD: The Autobiography of James Carr
An unapologetic, brutal memoir from notorious 60s career criminal James Carr. BAD covers Carr’s life from his first arrest at age 9, through merciless stints in San Quentin, through his post-incarceration murder in San Jose in 1972. A savage indictment of the American penal system. Includes a new introduction by his daughter, Gea Carr, and an afterword by his widow, Betsy Carr.