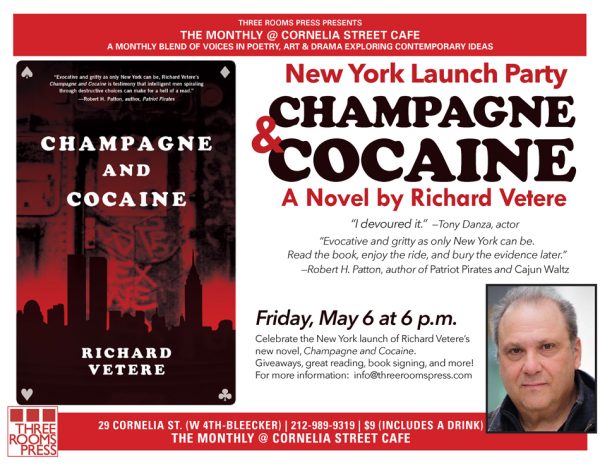 “An Evening with Richard Vetere” will feature the author—whose previous books include The Writers Afterlife and The Third Miracle-—reading from his new book and sharing stories about what inspired it. A book signing follows the reading.