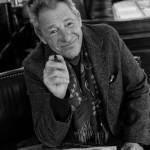 A Conversation with the Author of Heaven and Other Poems

We at Three Rooms Press had a chance to sit down with esteemed poet and playwright Israel Horovitz, author of Heaven and Other Poems, just before he left for France’s Festival d’Avignon. Horovitz is the author of more than seventy stage-plays and is the most-produced American playwright in French theater history. He is best known for such works as Line (now in its fortieth year, off-Broadway), The Indian Wants the Bronx, Park Your Car in Harvard Yard, and My Old Lady, which he recently adapted for the screen and directed, starring Kevin Kline, Maggie Smith, and Kristin Scott Thomas.

3RP: To start off easy, what are you reading right now?

What about your thoughts on writing? What makes you want to write?

When I stop writing I will be boxed.

Along a similar vein, as a successful, celebrated author, do you have any advice for new writers?

That’s great advice! Thank you for that. What about when you write? Do you have any writing rituals?

I like to write in the early morning. It’s my best energy. I reserve my nights for worrying. 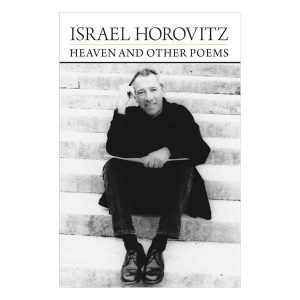 How did Heaven and Other Poems come about? What were your reasons for creating it?

I’d been writing poetry throughout my entire life, but rarely showed my poems to anyone. My stage-plays were public. My poems were private . . . for me. A year or so ago, I took part in a public reading of my friend Richard Vetere’s novel. His publisher, the darkly handsome Peter Carlaftes of Three Rooms Press—now my publisher as well—asked me if I had anything I might like to have published. I told him I was pretty much covered for play-publication, but (inexplicably) mentioned that I had a lifetime of unpublished poetry. Peter asked me to send him some of my poems. I scoured through old notebooks and found a bunch that I typed up and sent to him. Together we fashioned the slim book of poetry that is Heaven and Other Poems, which is obviously a huge get-rich-quick scheme for both of us.

Well, obviously. So do you have any new projects you’re working on?

I’m writing a new play called Out of the Mouths of Babes that Estelle Parsons and Judith Ivey will be performing at the Cherry Lane Theatre in NYC this coming season. I’m also directing a slightly less new play of mine called Gloucester Blue at Gloucester Stage in September–October. I’ll also be doing a couple of my plays in Paris this winter, as well as a couple of other plays of mine in Florida. I’m also preparing a new film to direct. It will either be based on my stage-play Park Your Car in Harvard Yard or my stage-play The Secret of Mme Bonnard’s Bath. I’ve written first-draft screenplays for both. It’s not an easy decision. Do you really want to know all this?

Yes, of course! The life of a writer is always fascinating. Speaking of, what do you do for fun that’s not writing?

I run, I cycle, I play way, way too much golf. I do quite a lot of physical exercise. I want my body to be able to do more than carry my head from room to room. I also take great pleasure in trying (and failing) to make my five children laugh . . . and being silly with my five grandchildren.

Keep up to date with Israel Horovitz on his website www.israelhorovitz.com or visit him this August at his Massachusetts readings. Follow Three Rooms Press on Twitter or Facebook for more details about upcoming projects, readings, and performances.

*Editor’s Note: Israel Horovitz is the father of Beastie Boy Adam (“Ad-Roc”) Horovitz, which may help explain at least part of his music selection.